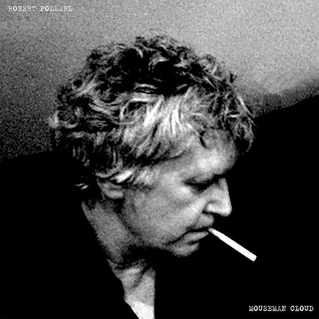 
Yet, another Robert Pollard solo album is released today. This one sounds pretty state of the art hi-fi for him. Interesting that he chose to release a 'produced' hard rockin solo album up against his band's very lo-fi reunion record- Let's go eat the Factory. The always unpredictable Bob Pollard does not stop writing  classic rock songs with exotic nonsensical lyrics and erratic chord changes. He's sticking to his vision, that being the most prolific songwriter on Earth, even if half the records suck, he keeps on keepin' on. I find this more fulfilling and enjoyable than the Guided By Voices record. It's certainly more focused editing-wise. Pollard is writing himself into music history the way he wants, as the ambitious drunkard that can make songs of anything.
Posted by Muddy at 8:13 AM