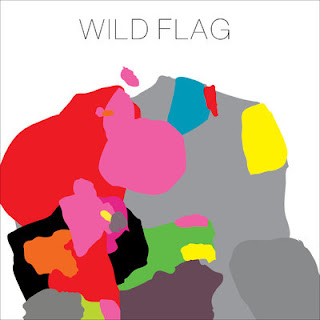 
Wild Flag appeared in 2011, as the new Sleater Kinney project sans Corin Tucker, but adding Mary Timony of Helium. Timony has that distinctive guitar flavor, and is less of the powerhouse singer Corin Tucker is. For a debut album, it's pretty good. Some might say, better than Sleater Kinney, some not. Nevertheless, it's a better than average record and shows great potential for this lineup. My gut feeling is this record was rushed, as they were already touring before its release. My other feeling is Wild Flag's next record will blow up, making an even bigger splash on the indie chick-rock scene.
Posted by Muddy at 8:12 AM