NAAM: The Ballad of the Starchild (Movements I-V) 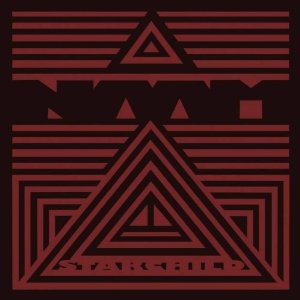 Remember those old Nuggets compilations on Rhino Records that mixed acid rock groups of the 1960’s like The Strawberry Alarm Clock and Vanilla Fudge? If you were a DJ who owned those records, those were the original playlists you would spin at your local watering hole when you went off to smoke. And if you grew up on those, you probably matured your way into Sabbath or Zeppelin. And if you’re a fan of psychedelic music today, you’re presumably aware of Tee Pee Records, home of The Brian Jonestown Massacre, The Warlocks, and NAAM. This is what has come to be known as ‘neo-psychedelia’.

NAAM hails from Brooklyn, New York.. known today as hipster central for wannabe trendsetter acts like MGMT or Vampire Weekend, but if you frequent the night life from venues like Glasslands to Saint Vitus, you’ll find what’s really pulsing the veins of these city streets. Underneath The Strokes inspired fake-punk trajectory lies the real New York City scene in which labels like Tee Pee Records promote sincere and utterly hypnotic new bands that will stand the test of time. NAAM, a quartet combining influences from Pink Floyd to Spiritualized to Black Sabbath, is what us record heads call- the real deal. This is music of the utmost spirituality, like the first time you ever heard Zeppelin 3 or Quadrophenia. It’s music you can explore to, whether you’re traveling on a road trip or listening through headphones at home on vinyl. (I highly recommend the latter of those two)

The journey begins with “Sentry of Skies”, an acoustic intro very reminiscent of The Wall, clueing the listener that this may be some sort of concept EP about a loner trapped in the thoughts of his despair. ‘Oh God am I really alone?’ chants the singer alongside a slide guitar trip in stereo panned left to right with melting reverb effects a la Dave Gilmour or Jimmy Page. It’s a hallucinogenic opener to a mammoth sized EP. “Lands Unknown” sets the tone that this will be a slow paced build up to something more intensified, incorporating what sounds like a vintage moog and mellotron swirling around a mellow, yet weighty groove Nick Mason couldn’t set any better. The third movement, as it’s referred to in the EP title, “History’s Son” starts with mind-numbing percussion and works as a short segue-way track to the epic 11 minute opus- “The Starchild”. This is where the EP takes off to a artistically heightened degree via B3 organ leads, odd time signatures, and repetitive fuzz guitar riffs that bring the whole conceptual idea together that this may very well be some sort of mini rock opera. Imagery plays a prominent role, centering around a character on a quest for some kind of mystical, psychological closure, with lyrics like- ‘create shadow to hide from sight’ to ‘oh starchild things take time to generate’. Descending bass lines and powerful drum fills erupt in the last minute of this climactic anthem in the vein of early-Pink Floyd, the Syd Barret era. If anyone can resurrect what it must have been like to see Floyd at the UFO club in the late 1960’s, it’s NAAM. And just as you’re wanting more, the closing segment entitled “Exit Theme” begins. It’s a watery ambient keyboard piece, leaving you with that to-be-continued feeling, the way this fantastical EP should end, since I’m sure the band’s next record will be nothing short of astonishing.
Posted by Muddy at 9:51 PM