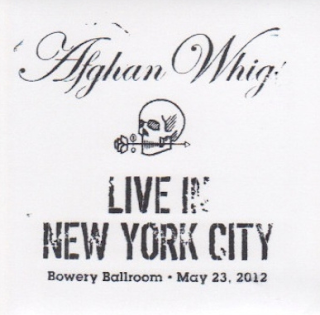 You wanted a reunion? This is a reunion concert.


I was fortunate enough to attend this reunion show. Greg Dulli came prepared. His voice was crisp and energetic while the band sounded heavier than ever. There have been so many successful, and unsuccessful reunions in the recent years, especially from 90’s rock bands, but this was one of the best. Dulli even gave us some of the classic Whigs drunken banter as the audience shouted back at him. The drunken frontman schtick has been done over and over again, but Dulli holds the audience in his palm between songs and dominates the ear throughout a triumphant set list. A notable feature of this live gem, are the songs off their final album 1965. Hearing them live reminds me of how underrated that album was. They are the highlights of the show. I never knew exactly why the band broke up. If it had anything to do with how under-appreciated that album was, I completely understand now.
Posted by Muddy at 9:32 PM