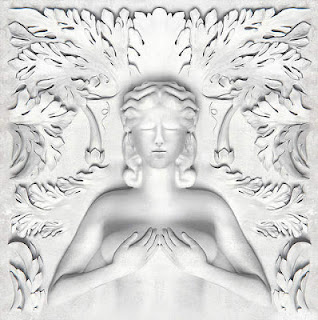 
In this latest various artist compilation, Kanye West and friends combine for a remarkable rap album. The previously released West song “Theraflu” appears as “Cold”. The rest of the album is made up of all new tracks as good as anything off Watch The Throne. “New God Flow” is the first single, and it’s a good one featuring Ghostface Killah and Pusha T. You will hear samples from old soul records to crunchy new electro beats in the vein of Kanye West’s earlier solo albums. Apparently, West has not run out of ideas, or lost any momentum since he became the award winning solo artist he’s become. Hell, he can make compilation and remix albums better than most. Has he peaked? I don’t think so and this just another bite of the freshest new leak going around.
Posted by Muddy at 9:03 PM