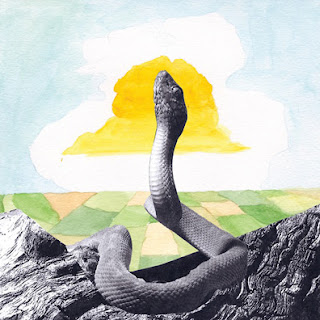 Apart from its stunning production quality and obvious influence of Neil Young, Woods' new record is their best to date. Bend Beyond is an amalgam of several Neil Young albums from Harvest to Zuma, but more like Harvest if Doug Martsch or Isaac Brock were singing. They properly nail the sound of those albums, mixed with that Olympia Washington vocal style, which was basically a bunch of younger singers trying to sing like Neil anyway. I can hear similarities to newer bands, like the last Arcade Fire album or The Shins, but Woods have their own thing. It's worth a listen if you haven't heard them before, and Bend Beyond is their slickest sounding record. Perhaps they have found their own path that will separate them from the indie bunch of neo-Crazy Horse bands. We shall see how fans react, and whether this album will make an impact.
Posted by Muddy at 9:12 AM