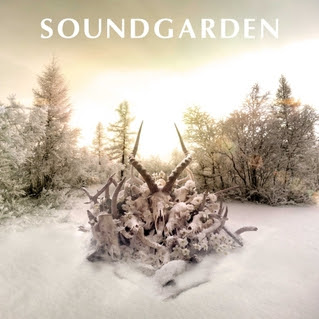 This is a far better comeback record than expected from seminal grunge pioneers of the 90's- Soundgarden. It's not any kind of new version of a previous album, nor is it a completely re-invented Soundgarden. It continues where they left off in the band's evolution since Down on the Upside, but also goes into the future in ways the band has never dabbled with before. All four members throw in their influence to combine like a modern progressive rock band that's fresh and innovative. They've matured in nature, less metal than they used to be, more cutting edge and experimenting. There aren't many 'singles' other than the first song which they released as a single, the rest of the album mixes styles from psychedelic to fusion/funk, and everything with a twist only they can pull off. There has always been somewhat of a formula behind their songwriting process, but it's years later, music in general has changed and all four members have gone in uniquely different directions over the years. Matt Cameron is most famous for joining Pearl Jam, Chris Cornell took a shot at an electronic pop record with Timbaland, and Kim Thayil and Ben Shepherd have appeared in their own side projects on and off since the band's breakup. None of those efforts are as impressive as King Animal, which proves there's something special about this lineup, something irreplaceable about each of their input.

Notable tracks: "1000 years before" is a Beatles Revolver-era psyche number with an interesting groove along with sitars and sound effects in the background. "Non-State Actor" is closest to what the band is known for sounding like, but involves polyrhythmic drum parts and quirky guitar riffs. "Rowing" is like nothing the band has done before, working with sampled loops and a vocal chant like a chorus you'd hear Tom Waits' sing. All in all, this is a perfect album with no filler from start to finish. The material is strong and inspiring to say the least. Some might call this musicians' music, and maybe it is to some extent, but they were always like that, more avant-garde than the rest of their scene. A lot of people won't get it, but a hell of a lot of people will. This may the best reunion album of all the 90's reunions because it's not some cash grab, and their heart's in the right place. The music is as much for them as for their fans. I think they were as excited to see what they'd sound like today as much as the listener. The question now- will they continue with momentum, or lose steam like so many legendary bands that stuck around too long? But for now, let's focus on the fact that they're back, and yes, like the opening song goes, they've "been away too long".
Posted by Muddy at 12:00 AM