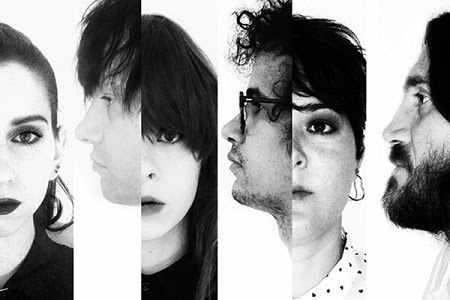 ‘Todos Menos El Dolor’ leads the EP ‘Hiding In The Light‘, which is scheduled for release on March 3rd. Drummer Nicole Turley has overseen production duties. Speaking to Rolling Stone Teri Gender Bender - the final member of the troupe – explains all:

“Kimono Kult approaches the music in a completely original way, allowing for the imagination to flow. The lyric to ‘Todo Menos el Dolor’ is for the listener’s imagination. Spanish speaking or not, it goes way beyond language and is more about atmosphere. To me it could be a story about an alien that wanted to eat cats but it caused the critter so much pain that he became a vegetarian. Every interpretation is valid.”