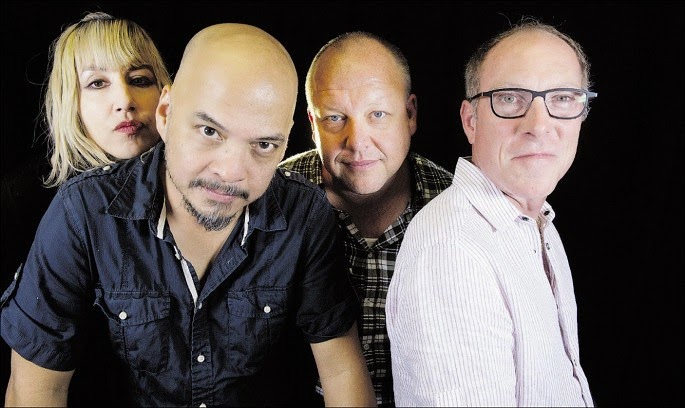 The resurgent indie titans collect their new material on a two-disc set.

The Pixies just digitally released EP3, another limited-edition four-track vinyl. On April 28, they will release Indie Cindy, an album comprised of the songs from the band’s recent run of EPs.

The tracklist is below. Indie Cindy will be available as a 2CD set (limited to 3,000 copies) with a 40-page hardback book, and the second CD is a 13-rack live set recorded on their recent world tour. The 2LP set comes on 180-gram 12″ vinyl (but without the live album). For details, head to the Pixies’ webstore.
Posted by Muddy at 2:51 PM