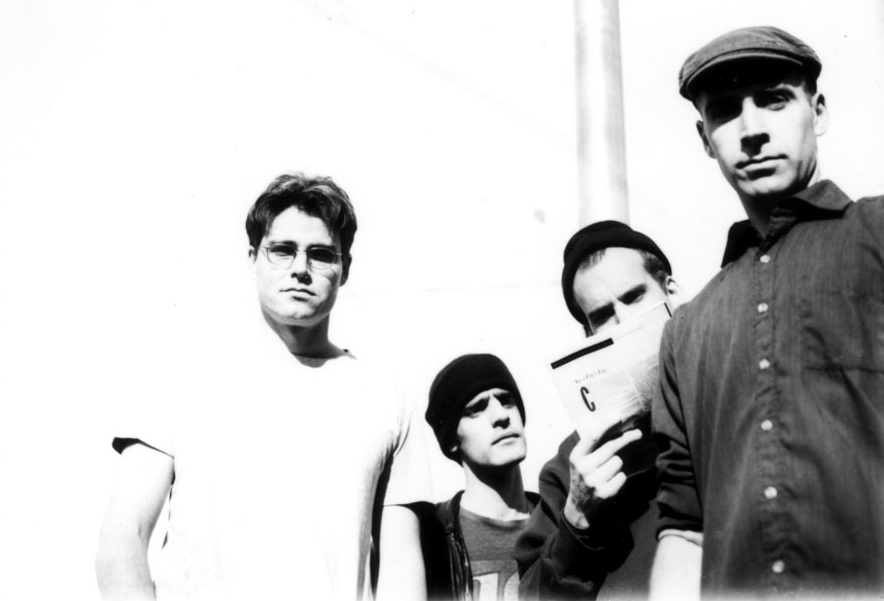 Before Fugazi was an angry young man, it was an angry baby. The proof is found on the influential D.C. band’s first demo, recorded in 1988 at Inner Ear Studio, and streaming now in remastered form via Dischord Records.

On these early recordings, songs like “Waiting Room,” “Bad Mouth” and “Song #1” sound just a few tweaks away from their final recorded versions, but sometimes roomier, sillier, more experimental (or just unfinished)—and in one or two places, dubbier. Joe Lally’s bass haunts and grooves, but with five percent less polish. Brendan Canty snaps and cracks. Ian MacKaye, though only in his mid-20s at the time, doesn’t sound squeaky. Guy Picciotto sounds like Guy Picciotto.

The demo includes “Turn Off Your Guns,” not originally included on the demo, which the band gave away for free at its shows. The reissue officially drops Nov. 18.

Email ThisBlogThis!Share to TwitterShare to FacebookShare to Pinterest
Labels: Stream Fugazi’s First Demo In Its Entirety