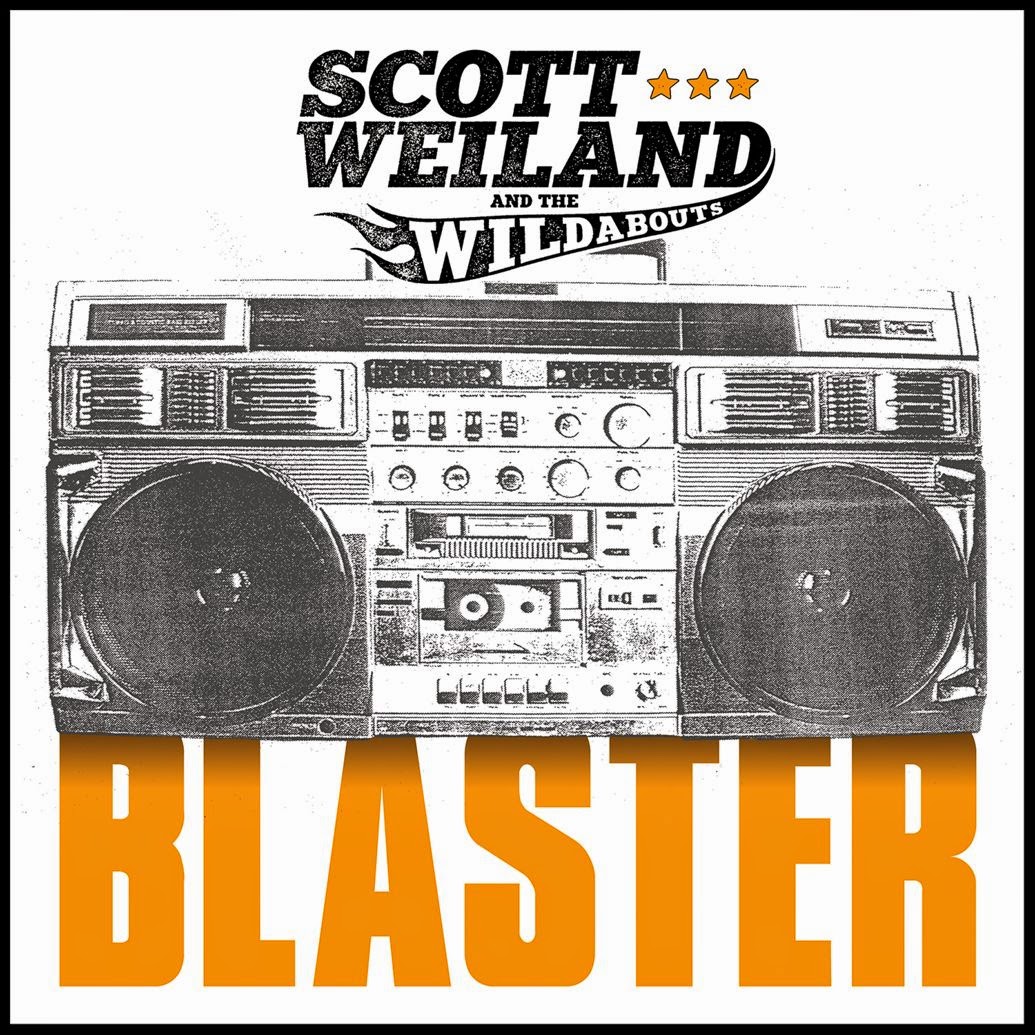 After months of speculation, Scott Weiland has revealed to Rolling Stone that Blaster, his debut LP with backing band the Wildabouts, will be released March 31st via Softdrive Records and will be accompanied by a cross-country tour. The 12-track album was produced by Rick Parker (Black Rebel Motorcycle Club) and recorded at Weiland's Lavish Studios and the Sandbox in Los Angeles. It's Weiland's first original solo album since 2008's "Happy" in Galoshes, with the singer, who penned 11 of the new album's tracks himself, describing the results as guitar-heavy and "furry."

""Happy" in Galoshes was an experimental art record, for the most part," he tells Rolling Stone. "Blaster is definitely a band sound: a stripped-down, furry sound with a lot of space between the notes. But it's tight and to-the-point while keeping that garage rock vibe to it."

The Wildabouts – guitarist Jeremy Brown, bassist Tommy Black and drummer Danny Thompson – previously joined Weiland for the 2013 "Purple at the Core" tour, which included material from Purple and Core, Weiland's first two albums with former band Stone Temple Pilots. He and the Wildabouts worked on Blaster between touring bursts, writing and recording "two or three songs in a stretch, sometimes more."

While the musician says there's no overarching lyrical theme on Blaster, many of the songs were inspired by Weiland's wife, Jamie – including "Way She Moves," which the singer describes as a "sexy T-Rex kind of tune." Other tracks are "fictitious stories" and "whimsical adventures": Weiland says "White Lightning" is "about making and selling moonshine, back in the day" and was inspired by the bootlegging crime-drama Lawless, while "Modzilla" is a "mishmash of psychedelic vibes, taking you on a wild ride."

The frontman says he hasn't been this excited about making an album since the early days of STP – mostly because of strong chemistry with his bandmates. "If you take out the fact that we had to break up the recording process when touring, the album came very easily because of the vibe between the band members," Weiland says. "The sound we were getting felt original and infectious and brought me back to the feelings I had when I made my first couple records. Just excitement, feeling invigorated. Youthful."

Weiland and the Wildabouts will tour in support of Blaster starting in February. The band has scheduled 13 new solo dates and three festival spots, beefing up an already-busy spring schedule that includes previously announced performances at SXSW, the Sundance Film Festival and more. Tickets for the band's first 13 shows go on sale January 9th.