FRANCES BEAN COBAIN: I LIKE OASIS AND BRIAN JONESTOWN MASSACRE MORE THAN NIRVANA 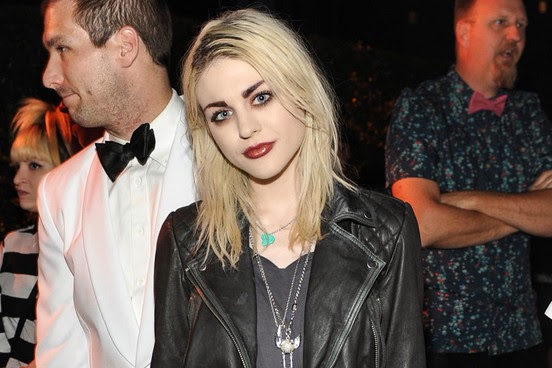 Let’s get to this before the British press does.

Frances Bean Cobain, the daughter of late Nirvana frontman Kurt Cobain, is interviewed by Rolling Stone in a new piece to promote the upcoming HBO documentary Montage of Heck, and while the entire thing is an extremely fascinating read — and comes highly recommended — one tidbit certainly jumped out at us.

Her taste in music, especially pertaining to Nirvana.

Here’s an excerpt from the Q&A:

Rolling Stone: Do you remember the first time you heard a Nirvana record — and knowing that was your father? I’ve talked to Sean Lennon about this. He had a few more years with his dad that you did. But for him, the records were a road into understanding his father after he was gone.

Frances Bean Cobain: I don’t really like Nirvana that much [grins]. Sorry, promotional people, Universal. I’m more into Mercury Rev, Oasis, Brian Jonestown Massacre [laughs]. The grunge scene is not what I’m interested in. But “Territorial Pissings” [on Nevermind] is a fucking great song. And “Dumb” [on In Utero] — I cry every time I hear that song. It’s a stripped-down version of Kurt’s perception of himself — of himself on drugs, off drugs, feeling inadequate to be titled the voice of a generation.

That noise you heard were the Gallagher brothers high-fiving each other, and the bloke from Mercury Rev jumping up.

Of course, the irony in all this is that Noel Gallagher, as legend has it, penned the lyrics to “Live Forever” as a retort to Nirvana’s “I Hate Myself and Want to Die,” though the High Flying Bird leader has professed all along to be a massive fan of Cobain.
Posted by Muddy at 12:00 AM

Email ThisBlogThis!Share to TwitterShare to FacebookShare to Pinterest
Labels: FRANCES BEAN COBAIN: I LIKE OASIS AND BRIAN JONESTOWN MASSACRE MORE THAN NIRVANA