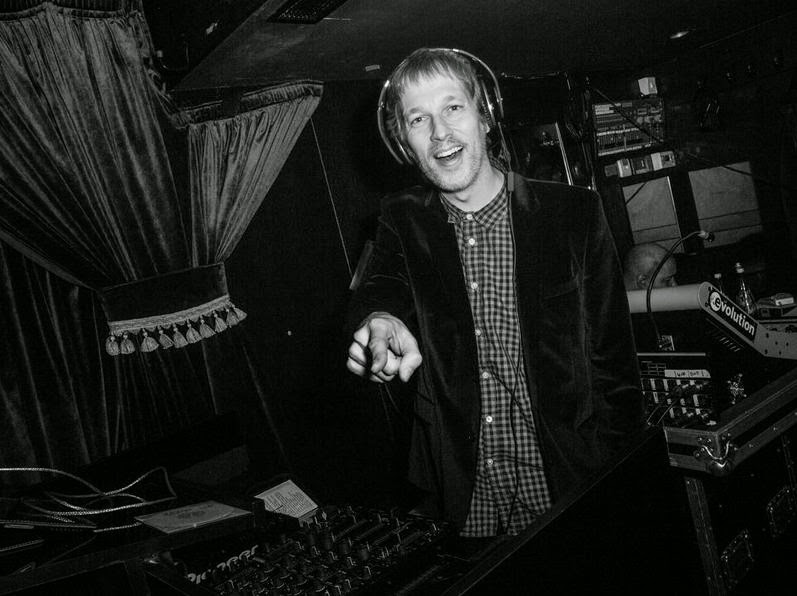 Make no mistake: the return of Ride is 2015's most exciting comeback so far. The band, who played their first shows together in 14 years last month, inspired everyone from The Horrors to Deerhunter across their four studio albums the first time around the block, earning them a reputation as highly influential shoegaze pioneers. But which bands were the ones to influence them? We caught up with Ride guitarist (and former Beady Eye man) Andy Bell to discover the records that shaped him...

The first song I fell in love with
‘The Only Living Boy In New York’, Simon And Garfunkel: “My parents played the ‘Bridge Over Troubled Water’ album a lot in the house, and I really loved it, but this song always used to put me in a trance, almost.”

The first album I ever bought
‘Parallel Lines’, Blondie: “When I was about nine I was so in love with Debbie Harry. I played that album to death. It's actually a great record! It has some of their best songs on - from hit singles like ‘Sunday Girl’ and ‘Heart Of Glass’, to the apocalyptic ‘11.59’ which frankly scared me! I was only nine though. I think it was about three quid but I needed to save up for quite a while to get it as I remember. Worth every penny.”

The song that made me want to be in a band
‘19th Nervous Breakdown’, The Rolling Stones: “While my folks were out at church on Sunday mornings, I used to stay home playing The Rolling Stones’ ‘Big Hits’ album very loud on the family radiogram. Something about ‘19th Nervous Breakdown’, maybe the overloaded guitar and bass riffs, got me really excited, and made me feel like I needed to make records. That, and the whole Beatles catalogue.”

The song that makes me want to dance
‘Rez’, Underworld: “‘Rez’ tends to unleash the horrific phenomenon of me hitting the dancefloor. For me, ‘dancing’ consists of sticking both my hands in the air and nodding my head, doing the bass face. It never lasts long because I have the kind of mates that don't like to see friends lose their dignity, so the shepherd’s hook always comes out.”

The song I do at karaoke
‘Know How’, Young MC: “I used to be able to do the whole of ‘Know How’ by Young MC when I was younger. I've never done karaoke but if I did I think I would like to give this a go.”

The song I can't get out of my head
The Frozen soundtrack: “All of it. I have a three-year-old daughter, and this means that it's necessary for songs from Frozen to be coming from at least two sources at all times.”

The song I wish I had written
‘Jealous Guy’, John Lennon: “It's got such a great melody, and the words are him at his best, admitting his failings and coming across so sincere but never corny.”

The song that reminds me of forming Ride
‘I Wanna Be Your Dog’, Iggy & The Stooges: “It was the first song we ever jammed and it always reminds me of the early Ride sound as that album was one of our big early influences.”

The song that reminds me of Oxford
‘Fearless’, Pink Floyd: “I associate the Pink Floyd album ‘Meddle’ very much with Oxford, and if I had to pick a song from it, it would be ‘Fearless’. Something about this very easy-going, lazy era of Pink Floyd music is very Oxford.”

The song that I can't live without on the road
‘Fyt’, This Mortal Coil: “This is Ride's original intro music. We pulled it out for the Oxford comeback show and it sounded huge. So we will definitely be using this on the upcoming UK tour at the end of May – it's going to be cool hearing it blasting out of big PA systems again.”

The song I want played at my funeral
‘Tomorrow Never Knows’, The Beatles: "They remain the ultimate band, and this song is all about merging with the infinite, which is what I expect to be doing around that time.”