Read A Classic, Candid Interview With Elliott Smith From 1998 On Darkness And Drug Use 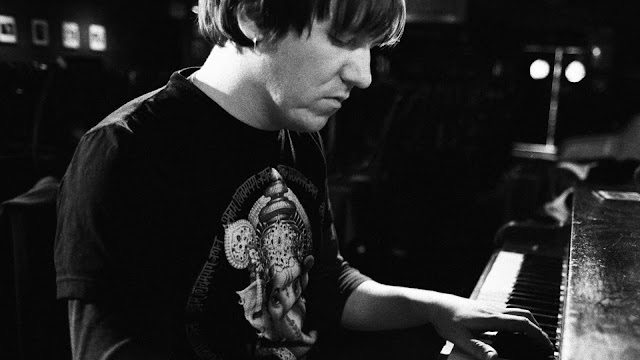 What happened to Elliott Smith is a story for another time. He’d prefer it if… well, you know, we could… maybe… And off the record, he’s talking. Talking about a situation that went out of his control. Telling a story that is one of the most terrifying you’ll ever hear.

But like we say, that’s a story for another time, not this time. The man with the face like the Easter Island statue, smoking a succession of Camel cigarettes in a London pub, already has enough circulating about him. About his Vietnam vet dad. About how he wrote a song nominated for an Oscar. About his shiftless life, his drifting, and now and then just a whisper about his drugs.

There’s those stories he’s written himself, too, on four solo albums: songs of love and loss, filled with a quiet and almost holy sorrow. The lovelorn medieval minstrel, that’s Elliott. Twenty-eight years old, and possessed of a pure talent for melancholy, whose latest album is called ‘XO’, because that’s what you put at the end of a letter before you sign your name, when you want to say ‘hugs and kisses’. Another thing: Elliott never writes letters.

But this isn’t just another story, about heroin and broken hearts, though that is a story for this time. His voice – high and flat and calm – might not sound it, but Elliott Smith is an angry man, and his new record "a lot more hostile" than his previous one, 'Either/Or. Thing is, right now, he can’t quite tell you why.

"More of the songs have a vibe of 'Get the fuck off me, and quit telling me what I should be doing'," he snarls, politely. "And there’s a repetitious theme of someone telling someone else what they should be doing, and how fucking insulting that is. I mean that makes me furious."

"Not in the way you’d think," Elliott begins. "But…" … But that’s a story for another time.

"If you take the time to look at anyone, and find out what their story is," Elliott begins, "then their story becomes immediately interesting. Someone could live for ten minutes and still have plenty to write about. You can feel a lot of ways, and notice a lot of things. People are really kaleidoscopic. There’s no topics that can’t be put into a song, so I try to write about everything."

Elliott’s seen a lot already as he’s moved around. From Texas as a small boy, where he would get into fights because he was wound up about his mother having remarried someone whom he didn’t like. To Portland, through jobs as a baker, ditch digger, construction worker, insulation fitter. On to New York, where he festers slightly in the heat, but is keeping hold of much of his daily routine. He looks around, and he writes.

Elliott writes on the subway, writes in bars. Keeps writing stuff until he feels finally he’s come up with something good. And all the time people hear his songs, they say the same things. They say they’re sad. This amuses Elliott slightly.

"Everybody’s got their problems," he says. "But I don’t play music because I’m a tortured person. I play music because I enjoy it. Because…" He laughs. "Because it sounds really good. I’m no sadder than anyone else I know. I also think it’s not all true: there’s things about my songs that are sad, but that’s not the point of them. People overlook the happiness. It all depends on your point of view: something that makes you feel sad might make someone else feel happy, because they’re like, 'Well, that’s how I feel now.' There’s a million ways people can feel."

Under the apparently fragile exterior, you see, beats a steely heart in Elliott Smith. What you might expect to learn from the voice and the softly picked melodies is not what you find. Elliott is a man who has spent time in his own head, and who knows his balance: thought long and hard and built a kind of sly, self-deprecating determination not to be fucked around.

He puts it down to his background. Partly his itinerant lifestyle, partly the constant sense of battle he had with his folks when he was a child, even to get a guitar. And now he rejects – though quietly, always quietly, some predetermined notions about him and his songs. They’re not 'folk'. And they’re not sad, either.

"When people start to pay attention to what you do," he sighs, "you have to try and battle back from whatever little box they try to put you into. But I’m used to being self-reliant. I used to get into fights and have a bad attitude with people, but that way leads to bitterness. Those are the two big enemies," he smirks. "Bitterness and style. If I can escape both, then I’ll be happy."

Elliott Smith is currently taking small steps to overcome style. He pads around in boots and flares and a t-shirt with the discreet hum of wear, but he feels to have only gone part of the distance. "Gonna grow my hair like David Bowie on the cover of 'Hunky Dory'," he grins. "And it’s gonna look like shit on the way. And when it gets that long… It might look like bullshit."

To work on bitterness though, is more difficult. There’s a song on the second album, 'Elliott Smith', which, if it doesn’t point directly to the heart of the matter, then is at least a signpost on the way. It’s called 'Needle in the Hay', and when it was released, everyone in Portland who followed Elliott’s progress got kind of worried. This one was all about drugs.

He flinches slightly at the recollection. Yes, there were drugs, but he never got too deeply involved for it to become a problem, and anyway, writing a song about drug use… that’s pretty tedious stuff. And it doesn’t all have to be bad: there’s a song on that record about walking around, alone and on drugs, and having, well, an excellent time.

What gets Elliott is the people looking in. It’s part of the story for another time too, but you start living your life the way you want and then all these… people start sticking their noses in, and that’s what he resents. "People think they know all these things about other people, and if you ask them why they think they know that, it’d be hard for them to be convincing," he fumes. "It’s like they think people are stupid, but generally people don’t do things for no reason. The whole conversation just gets dumbed down to a point where it’s just a lot of names being thrown around."

Like 'junkie'? "Yeah," he sighs. "Or that so-and-so is bad. Well, yeah, but maybe certain people wouldn’t have done certain things if it was all bad. I don’t advocate drug use – I just don’t see it as being as simple as being 'wrong’."

He walks slightly sadly away from the table, but he’s bent, not broken. Alone again, but knowing that in a way, hell is other people.

"People have a tendency to go into self-protect atomised mode when things go wrong, and never come back," he smiles gently. "But you’ve gotta come back."

Email ThisBlogThis!Share to TwitterShare to FacebookShare to Pinterest
Labels: Candid Interview With Elliott Smith From 1998 On Darkness And Drug Use, Read A Classic