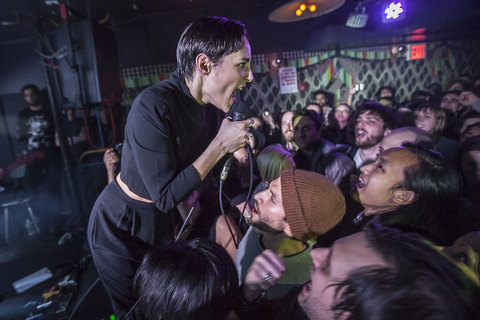 Savages were in NYC in January for a nine-show residency to work out new songs live. The band have just announced that their still-untitled sophomore album will be out in 2016. News comes via an album trailer featuring footage from those residency shows, and curiously, Henry Rollins reading Phyllis Rose's poem, 'Jazz Cleopatra: Josephine Baker in her time.'

Savages are in the U.S. right now, playing West Coast shows surrounding this weekend's FYF Fest. Those dates are listed below.