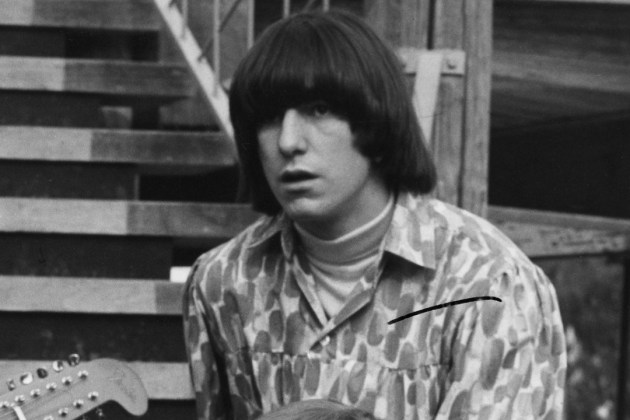 Eddie Hoh made his name in the music industry in the 1960s as a noted studio session drummer. Born in Forest Park, Illinois on October 16, 1944, Eddie got his start playing on the Los Angeles club circuit in 1964. He eventually joined forces with the Modern Folk Quartet in 1965, a group that included future Monkees producer Chip Douglas and legendary rock/Monkees photographer Henry Diltz. During this period, Eddie participated in the recording of "This Could Be the Night," written by Harry Nilsson and Phil Spector (and produced by Spector).

By 1966, Eddie was drumming on albums for such artists like Donovan, and by the Summer of Love, Eddie was part of the touring group for The Mamas and The Papas, appearing live onstage with the band at the Monterey Pop Festival. He began working with The Monkees as their studio drummer in the summer of 1967 after Micky Dolenz decided he was no longer going to sit behind the kit after recording the group's third LP, Headquarters.
Eddie can be heard on most of The Monkees' fourth album, Pisces, Aquarius, Capricorn & Jones Ltd. (except on "Hard to Believe" which features Kim Capli on drums, and "Cuddly Toy," which features Micky). The album's single, "Pleasant Valley Sunday," is a highlight of Eddie's recorded work with The Monkees, along with being one of the group's most recognized songs.
It's also believed that Micky and Eddie share drumming duties on a Pisces standout, "The Door Into Summer."
Most likely because of his previous friendship with Chip Douglas, Eddie quickly became immersed in the studio with The Monkees, playing on "Daydream Believer," "Goin' Down," "Zor and Zam," the studio take of "Circle Sky," and the extended drum-heavy ending of "Star Collector."
In 1968, Eddie performed on one of the seminal rock albums of the late '60s, Super Session, a collaboration between Al Kooper, Mike Bloomfield, and Stephen Stills. It produced the underground classic, "Season of the Witch," written (and originally recorded by) Donovan. Eddie was the drummer on both versions of the song.
Eddie continued to participate in Monkees recording sessions through 1969, drumming on tracks like "Oklahoma Backroom Dancer," "While I Cry," "Auntie's Municipal Court," and "Writing Wrongs."

And check out this alternate mix of "Tapioca Tundra" where Eddie lives up to his nickname:
After working with various other recording artists throughout the late 1960s, Eddie apparently stopped recording and performing. Chip Douglas, in a 2015 interview with this website, did confirm that Eddie played drums on the 1976 Monkees Christmas single, "Christmas Is My Time of Year." But a 2006 biography in Great Rock Drummers of the Sixties noted that he "reportedly has been out of the music business for some time, down on his luck." A Facebook page dedicated to Eddie was created earlier this year, and members of the Steve Hoffman Music Forums have been discussing his work for quite a while now.