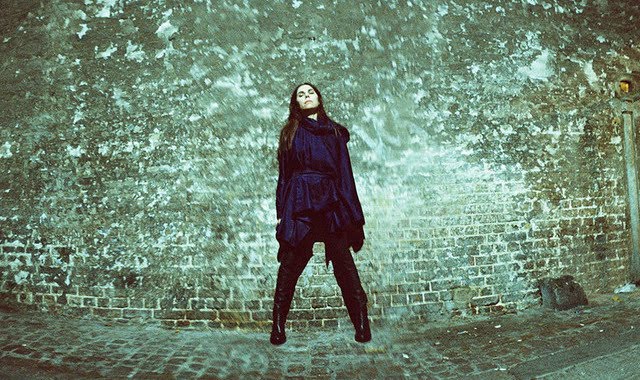 PJ Harvey will release her new album in spring next year.

The news of Harvey's ninth studio record was announced this morning alongside a clip of the musician performing a short preview of one heavy-riff based song. In it, she sings: "This is the ministry of defense, stairs and walls are all that's left."

The as-yet-untitled album was created during Harvey and Murphy's travels between 2011-2014 to destinations including Kosovo, Afghanistan and Washington, DC. The Hollow Of The Hand, a book of Harvey's poetry from the same trip, was published earlier this year.

The album was recorded at London's Somerset House earlier this year during open recording sessions which the public could attend.

Harvey and Murphy also staged a multimedia show in London in October where ten new songs were performed alongside poems, photos and short films from Murphy.

Harvey played the following songs on the night: 'Chain Of Keys', 'The Wheel', 'The Orange Monkey', 'Dollar Dollar', 'The Community Of Hope', 'Homo Sappy Blues', 'Medicinals', 'Near the Memorials To Vietnam And Lincoln', 'River Anacostia' and 'The Ministry Of Social Affairs'.

'Let England Shake', PJ Harvey's last studio album, was released in 2011. She has also confirmed a number of festival dates for 2016, including Field Day in London.
Posted by Muddy at 6:05 PM