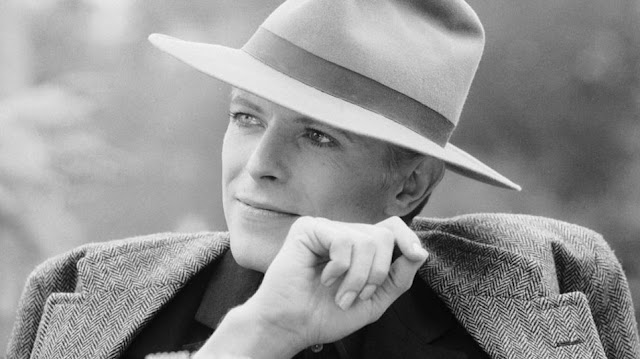 The influence on popular culture of David Bowie, who died today following an 18-month fight against cancer, simply cannot be overstated. From psychedelic folk rock to glam rock, plastic soul, avant garde experimentalism and beyond, Bowie's relentless innovation and reinvention was one of the great driving forces of modern music and his impact reached into fashion, performance art, film and sexual politics. While his songs, consistently accessible no matter how difficult the style he explored, inspired countless musicians across a vast tapestry of rock music which he helped weave as he went. His shape-shifting nature – which Bowie himself put down to restlessness and boredom – laid the blueprint of what a pop star should be: chameleonic, enigmatic, seductively alien and constantly challenging society’s accepted boundaries of personal freedom and expression.

Ziggy Stardust, Aladdin Sane, The Thin White Duke and Major Tom; his mastery is encapsulated in the roles he so briefly adopted and so casually discarded for each phase of his career, and to the man behind the masks every superlative applies. Icon, legend, starman.

Born David Robert Jones on January 8 1947 in Brixton, London, Bowie’s talents first emerged in dance and movement classes at Burnt Ash Junior School at the age of nine, his interpretive dance described as “vividly artistic” and “astonishing” by teachers. His introduction to music via his father’s US rock 'n' roll records and his half-brother’s interest in modern jazz inspired him to join a skiffle group as a child and take up the plastic alto saxophone in 1961, while studying art, music and design at Bromley Technical High School. In 1962, the same year a fight with his future artwork collaborator George Underwood left him with a permanently dilated pupil that gave him the appearance of having different coloured eyes, a 15-year-old Jones formed his first rock 'n' roll band, The Konrads, and his restless nature soon came out. Shifting through groups including the King Bees, Manish Boys, Lower Third, the Buzz and Riot Squad over the course of five years, Jones eventually signed a solo deal and took the name David Bowie in 1967, to avoid further confusion with Davy Jones of The Monkees.

Bowie’s debut solo single ‘The Laughing Gnome’ and the surreal psychedelic music hall of its eponymous parent album, a cousin to the music of Anthony Newley, Tommy Steele, early Floyd and The Kinks, remains a curio. It wasn’t until Bowie met dancer Lindsey Kemp and became immersed in London’s bohemian art, theatre and dance scene that his lengthy golden period of creativity and reinvention began. ‘Space Oddity’, the 1969 lead single from his second self-titled album released to coincide with the ill-fated Apollo 11 mission, became his first major Top Five hit, yet he quickly shifted his sound towards dark and paranoid rock for 1970’s ‘The Man Who Sold The World’ and amalgamated the two for 1972’s seminal ‘Hunky Dory’, recently voted by NME as the third best album ever made, thanks to such timeless classics as ‘Life On Mars’, ‘Queen Bitch’ and ‘Changes’. His image was also in constant flux, incorporating outlandish fashions and hairstyles and indulging in androgyny; Bowie, who met and married Angie Barnett in 1969, would later claim to be bisexual.

These disparate splatters of image and ideas would cohere in the alien rock god form of Ziggy Stardust, tragic hero of 1973’s ‘The Rise And Fall Of Ziggy Stardust And The Spiders From Mars’ and the otherworldly creature who made every teenager in Britain want to be a pop star simply by wiggling his finger down the Top Of The Pops camera and cooing “I had to phone someone so I picked on you”. Ziggy became a phenomenon of the glam age but, reflecting Ziggy's demise on the album, Bowie killed off the character onstage at the height of his success, to reportedly orgiastic scenes at the Hammersmith Odeon.

Over the coming decades, and despite developing a cocaine addiction that would see him become a virtual recluse in Los Angeles “in a state of psychic terror” in the mid-70s, Bowie would repeatedly reinvent his music and persona to critical and cultural acclaim. After two further glam character albums in ‘Aladdin Sane’ and the Orwellian ‘Diamond Dogs’ he discarded the style in favour of what he called ‘plastic soul’ on 1975’s ‘Young Americans’. Just one year later he released the bleak, experimental ‘Station To Station’ and toured under the monochrome persona of The Thin White Duke, a character inspired by Bowie’s interest in Nietzsche, Aleister Crowley and the occult and described as an “emotionless Aryan superman”, right down to expounding the benefits of fascism in interviews and allegedly performing a Nazi salute at Victoria station. His experimental bent, and efforts to kick cocaine, then led him to Berlin where, alongside Iggy Pop, Tony Visconti and Brian Eno, he recorded his most avant garde '70s work over the legendary trilogy of ‘Low’, ‘”Heroes”’ and ‘Lodger’.

Critics and fans alike were constantly amazed and inspired by Bowie’s creative and personal shifts and his innovative stage shows – from the dystopia of ‘Diamond Dogs’ to the Thin White Duke’s German Expressionist starkness and the interpretive dance spectacle of the Glass Spider tour – but Bowie himself claimed it was down to “attention deficit disorder”; he simply couldn’t stay interested in any one thing for more than an album or two. As his success peaked in the early 80s, reaching Number One by revisiting the story of Major Tom on ‘Ashes To Ashes’ and selling seven million copies of his funk pop collaboration with Nile Rogers ‘Let’s Dance’ in 1983, he allowed himself to slip into a groove. “Artistically it was probably my lowest point,” he’d say of his mid-80s output, but at the same time he was expanding on his polymath status. He performed interpretive dance pieces at fashion events, followed up his perfectly cast turn as an alien visitor in Nicholas Roeg’s The Man Who Fell To Earth with a string of film roles in films such as Labyrinth, Absolute Beginners and The Last Temptation Of Christ, a sideline he’d pursue right up to playing Nikolai Tesla in 2006’s The Prestige – and developed his business interests to the point where he created his own radio station, bank and Bowie Bonds.

Over the coming decades Bowie would return to his restless, boundary-pushing ways, delving into metallic rock with the under-rated Tin Machine, and industrial, drum’n’bass, jungle and jazztronica on solo albums such as ‘Earthling’, ‘Outside’ and ‘Heathen’. His vision was far-reaching; an early internet adopter he was amongst the first to explore downloading and launched his own service provider. When he disappeared from the public eye following 2003’s ‘Reality’ many thought he’d said his final piece on rock music, so it was with to shock and delight that he released ‘Where Are We Now?’ with no warning on his 66th birthday in 2013, and a fantastic new album ‘The Next Day’ within two months. Where 'The Next Day' occasionally saw Bowie look back on the past, the follow-up, 'Blackstar', released just two days before his death, saw him forging forwards to another new sound.

It’s fitting that the last years of his life were characterised by fervent creativity, some of the strongest and most passionate studio performances of his career and deep secrecy. It means that one of the greatest talents that rock music has ever seen leaves us the way he lived. A glorious, unknowable enigma.
Posted by Muddy at 12:06 AM