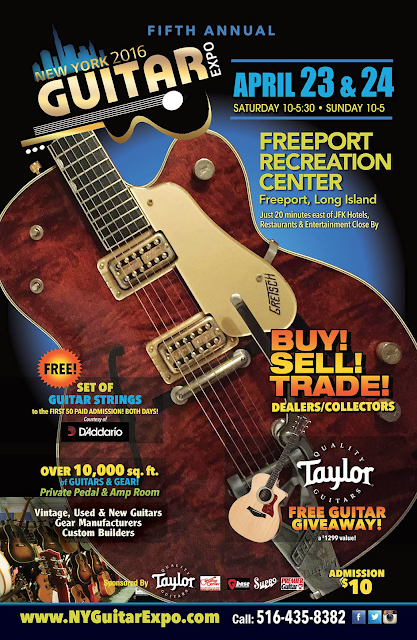 
With the 5th Annual NY Guitar Show & Exposition (#NYGuitarShow) closing in on the Freeport Recreation Center (130 E. Merrick Rd. in Freeport, NY) April 23 & 24, 2016 in Freeport, Long Island, industry giants Taylor Guitars, D’Addario Guitar Strings, and Gbase are returning yet again as major sponsors, recognizing the impact of the east coast’s fastest growing and soon to be largest guitar event spearheaded by founder/promoter Richard Johnson!
The NY Guitar Expo has expanded substantially since its initial inception. Johnson said recently of this year’s show “Our fifth year is going to be larger and better than ever as new sponsors and media partners join in on what is now the fastest growing Guitar Show on the east coast, tripling in size since our inception in 2012!”.
The show features new, vintage and used instruments & amps, local dealers/music stores, retailers, custom builders and major manufacturers. Everyone attending can participate and enjoy everything the Expo has to offer in some way!
With Taylor Guitars stepping up as the Silver Sponsor of 2016, David Kaye, Taylor’s trade show manager, notes “After exhibiting several years, Taylor Guitars is excited to become the Silver Sponsor for 2016. Exhibiting at the NY Guitar Expo has been extremely successful for Taylor, and we look forward to expanding our presence in 2016 and providing a Taylor Guitar for Rich and his team to raffle-off during the show to one lucky guest!”. The company will be giving away a BRAND NEW 2016 Grand Auditorium 214ce DLX guitar as part of their Silver Sponsorship, and the distinctive 200 Series Deluxe category is loaded with high-end performance appeal! The Grand Auditorium 214ce DLX features layered Indian rosewood back and sides, a Sitka spruce top, a full-gloss body, white binding, Small Diamond fretboard inlay, Venetian cutaway, Taylor Expression System electronics, and a Taylor standard hardshell case.
The exposition also announced a new feature to this year’s show with the first 50 paid attendees each day receiving a FREE set of D’Addario Guitar strings. The Bronze Sponsor says the strings “bend farther, sing louder and stay in tune better than any string you’ve played before. This newly engineered, break-resistant, high-carbon steel core and plain steel alloy delivers a whole new level of freedom, confidence, and power.”
Finally, Bronze Sponsor Gbase, recently announced their excitement at their return for the 5th straight year! Owner James White stated “We at Gbase have seen the NY Guitar Show rise to become the staple in the guitar industry here in the northeastern US, and we are glad to be a part of this meteoric rise in just 5 short years.” 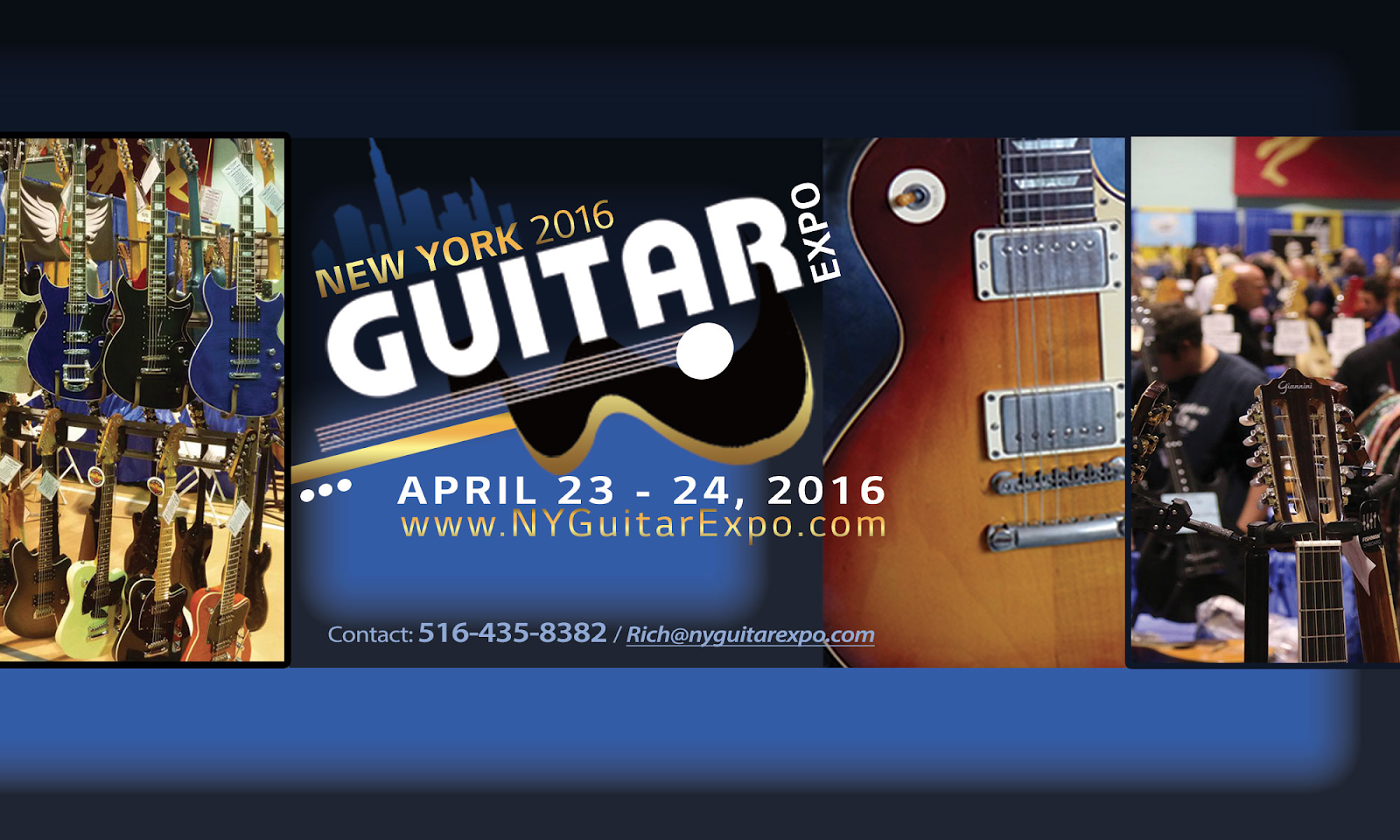 Guitar players and enthusiasts will have their chance to buy, sell, and trade with a wide range of dealers and collectors which include the aforementioned sponsors as well as Supro Amps and MORE from gear manufacturers to custom builders. With 10,000 sq. ft. of guitars, gear, and a private pedal & amp room it is the place to be for serious players or those just getting into their groove!
Posted by Muddy at 1:00 AM

Email ThisBlogThis!Share to TwitterShare to FacebookShare to Pinterest
Labels: 5th Annual NY Guitar Show & Exposition Only Weeks Away with Sponsorships by Some of the Biggest Names in the Industry Announced