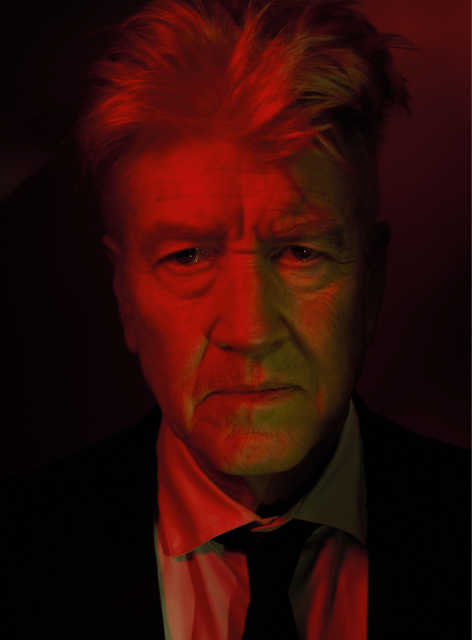 It's over a decade since David Lynch made his last film, 2006's Inland Empire. In a recent interview with The Sydney Morning Herald, the Twin Peaks director was asked why he hadn't made another feature since then. 'Things changed a lot,' he explained. 'So many films were not doing well at the box office even though they might have been great films and the things that were doing well at the box office weren't the things that I would want to do.' When pressed if Inland Empire was his final feature film he confirmed that it was.
I've been a fan of Lynch ever since I happened to watch the second episode of Twin Peaks on 6 Nov 1990. Over the next eight months the show dominated my attention and, when I realised that one of its mysterious co-creators had already established a filmmaking career with a critically-adored body of work, I set out to consume it all (an easier task back when he'd only made four films but hindered by the difficulties faced by a 14-year-old boy trying to get hold of adult-rated cult films on VHS). Since then I've lapped up everything Lynch has produced with varying levels of adulation. I have a hot and cold relationship with Twin Peaks: Fire Walk With Me, which I hopefully expect to undergo permanent positive change now that it's no longer the unfulfilling coda it once appeared to be.
While David Lynch is my favourite director, if he never again makes another film then here are five reasons why I'm okay with that:

From the very start of his career, Lynch has made some of the greatest films of all time. Eraserhead, Blue Velvet and Mulholland Drive are arguably all masterpieces, with the latter recently named the greatest film of the 21st century (so far) following a BBC Culture poll. In a filmography that stretches over 27 years the only real dud he's made is 1986's Frank Herbert adaptation, Dune, and even that's gorgeous to look at.

2. Lynch is an artist, not a filmmaker

Away from the limelight, Lynch constantly works in his art studio, painting, sculpting and otherwise turning his hand to whatever medium takes his fancy. If those are the areas where his creative urges lie then there's no use in pushing him back to film. Lynch started out as a painter and fell into film via animation, not through some determined desire to become a filmmaker. He's also produced a number of music albums: solo efforts and collaborations with chanteuses Julee Cruise and, more recently, Chrysta Bell.

Lynch claims to have shot the new series of Twin Peaks as an 18 hour film (realistically nearer 14 hours minus commercial breaks), which has been described by Showtime president, David Nevins, as the 'pure heroin vision of David Lynch'. Considering what Lynch and co-creator Mark Frost managed to pull off within the constraints of 1990s network TV, the prospect of their creative endeavour playing out unfettered on cable is a dizzying one. Frost is fully involved, having written the entire script with Lynch, and the former's input will likely be essential to the show's tone.

4. Inland Empire felt like closure on his filmmaking career

Inland Empire is a three hour surrealist nightmare about an actress being consumed by a role. Beyond that precis, its labyrinthine, self-reflexive plot is impossible to summarise but, since it is closest in tone to Eraserhead (while further exploring themes around dissociative fugue which Lynch had previously examined in Lost Highway and Mulholland Drive), it feels like Inland Empire is a return to Lynch's experimental filmmaking roots. In fact, it's arguably more impenetrable than Eraserhead. In essence, he's already gone full circle.

Lynch has repeatedly contradicted himself, not least on the numerous occasions over the past quarter of a century when he denied he would ever return to Twin Peaks. And after he did finally announce his return he promptly quit the project, a ruse that helped secure additional funding and support. And although Twin Peaks: The Return has been billed as a final resolution to the mystery, when asked in January if he'd again return to Twin Peaks, Lynch replied, 'Before I said I wasn't going to revisit it, and I did. You never say no.'
Murray Robertson is The List's resident David Lynch-phile and will never retire from having feelings about David Lynch. The new season of Twin Peaks premieres Mon 22 May at 2am and repeated at 9pm on Sky Atlantic

Given the troubled production history of Lynch's nightmare noir – it was originally a pilot for a US television series which was cancelled – it's nothing short of miraculous that Mulholland Drive shines with the filmmaker's idiosyncratic brilliance. Although set in the present day (albeit with retro styling), Lynch draws…

In small-town Middle America, would-be boy detective MacLachlan finds a severed ear on some waste ground. When the police shoo him away he decides to do some investigating of his own. A singular fusion of the cosy and the terrifying which blends kitsch and nightmare, B-movie detection and brutal sex to deconstruct our…

You may never eat jelly babies again after the repellent but compelling tale of Henry, his haircut, his girlfriend, his strange offspring and a sizeable quantity of pus. Disturbing stuff, mercifully filmed in black and white.
Posted by Muddy at 12:54 PM