Chastity Belt Is Back, Baby! 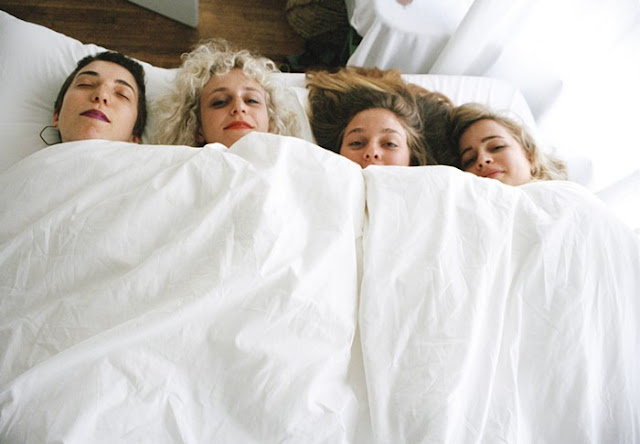 The always charming post-party-punk quartet Chastity Belt is back, Seattle! Not that they went anywhere too far, but this is their first tour since calling off dates last year due to health reasons. We’re glad they’re feeling better and ready to hop back into action! Tonight, they play at the Clock-Out Lounge to a sold out audience.


Meeting as students in Walla Walla, the now-Seattle-based band hasn’t released anything since their third record, I Used to Spend So Much Time Alone, in 2017. This album brought us the moody, '90s-inspired opener, the perfect song to play while cracking open a shower beer. The music video pays homage to Temple of the Dog's "Hunger Strike":
The band apparently have more new music on the way. In the meantime, you’re just going to have to play the jangly “Cool Slut” over and over while you tipsily get ready to head out to the show. I've subtly put this on at parties and hoped someone noticed the lyrics so that we could yell out, together, "It's okaaay, to be sluuuuutttyyyy:"
Opening for Chastity Belt is Seattle dark pop band Red Ribbon. Their music is a bit witchy, a bit synthy, a bit Lynchian. My colleague Dave Segal, comparing them to La Luz, described both bands as radiating an "understated cool with hushed, amber-hued songs that intrigue by luring you into a sonic world of interiorized moods and upholstering your mind with velveteen melodies, sung by dulcet-voiced women." Damn—check them out below:
Posted by Muddy at 12:56 PM