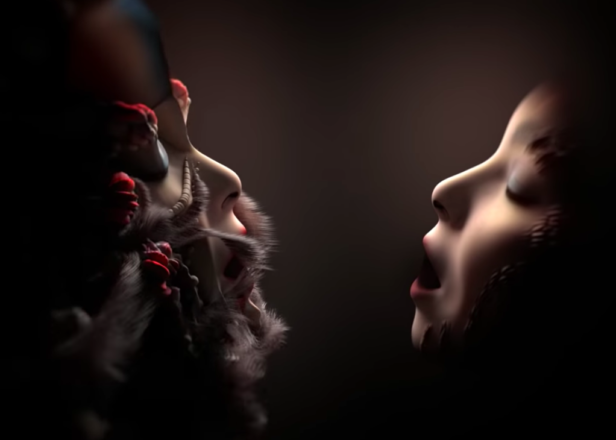 It coincides with new dates of her Cornucopia performance series.

After debuting her Cornucopia performance series to audiences in New York earlier this spring, Björk shares a glimpse into the world she’s created alongside a team of collaborators by way of releasing a new video for ‘Losss’.

The track, from 2017’s Utopia, has been reimagined visually by acclaimed digital artist Tobias Gremmler, who also played an integral role in bringing to life Cornucopia’s multi-screen stage production.

Alongside the stunning illustrative interpretation of ‘Losss’,”the visionary Icelandic singer-songwriter shared a statement further detailing the intended expressive nature of the work. “We based the visuals on the conversations between our inner optimist and pessimist,” she says. “When I recorded this I tried to sing in a deeper tone for one of them in the left speaker and a higher optimist in the right . and if you listen on headphones, it will match the imagery.”

Watch the video and find tour dates below.