Guided By Voices 'Heavy Like The World' Album Announcement 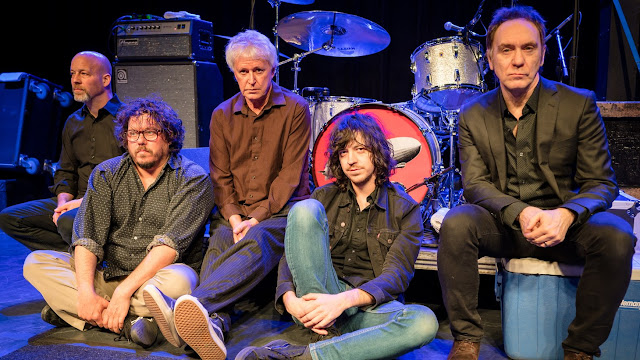 Writing up an announcement for the impending release of a new Guided By Voices album is fraught with danger. By the time you put it all together and publish the information, Robert Pollard and his merry band of musical pranksters already have the next two albums in the bank, ready to go! Nonetheless, we are pleased to introduce Sweating the Plague, GBV’s third album release of 2019 (not to mention their two EPs released this year), which comes out 10/25.

With a lesser band, this punishingly prolific pace would surely signal a dilution of their talents. But band mastermind Pollard, through four decades worth of self-produced sonic exploration, has completely absorbed the melodic alchemy required to sustain such a career, one filled with literally hundreds of memorable tunes and endless examples of dynamic wordplay. Each new release still manages to surprise, while retaining a healthy nostalgia for the best licks from power pop and prog-rock jams of yesteryear, and Sweating the Plague is no exception.

“Heavy Like the World,” our first taste of the forthcoming release, perfectly fits the mold. Gentle, vaguely melancholic circular guitar lines spiral into a rousing chorus celebrating life and companionship, played energetically by the band’s regular line-up of the past few years (the equal of GBV’s “classic” line-up from their beloved 90s albums, in my opinion), including fretboard greats Doug Gillard and Bobby Bare Jr.

Like all good rock-&-rollers, Pollard, even as he enters his 60s, still cherishes excess, as demonstrated by Guided By Voices’ upcoming tour culminating in a New Year’s Eve concert at the Teragram Ballroom here in LA, where they promise to play 100 songs, a challenge no other band I can think of could match. But the familiar and friendly confines of the album format seems the ideal way to absorb their talents, and Sweating the Plague serves as the latest wonderful example.

In addition to the NYE extravaganza (which is sold out, btw), you can catch them on the east coast and midwest.