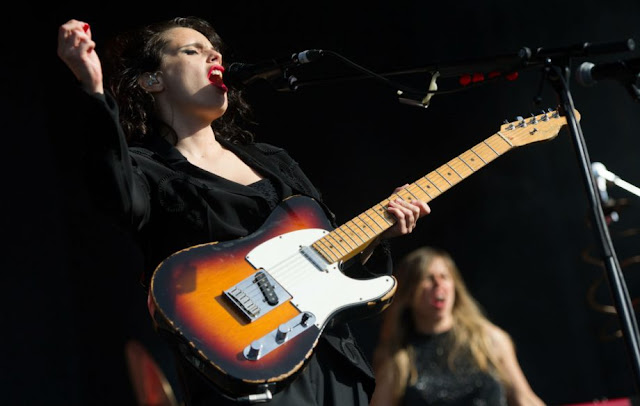 Anna Calvi scored the soundtrack for the latest series of the hit show earlier this year. Calvi has shared the original song that she wrote for the Peaky Blinders soundtrack.


‘You’re Not God’ is taken from the release of the first official ‘Peaky Blinders Soundtrack’, which also features Calvi’s cover of FKA Twigs’ ‘Papi Pacify.’

“It wasn’t difficult, it was just a lot of fun. It was incredible for it not to be about me and to really try and get into another character. When I was doing it, I really felt like I was him. I really got into the mindset of Tommy Shelby.”

Calvi also revealed that she’s started work on her next album and that it has a Peaky Blinders-feel to it. It follows the release of her third, critically acclaimed album from 2018, ‘Hunter’.“A lot of the work I did for Peaky was me just playing around with the guitar to get some interesting soundscapes,” Calvi said. “That’s whet my appetite to do more of that.”