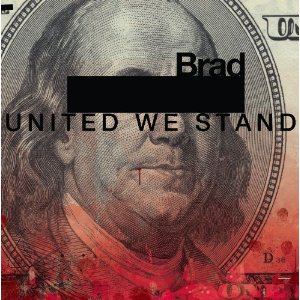 
Brad has been riding the coattails of Pearl Jam as long as Pearl Jam's been around. Not intentionally, but guitarist Stone Gossard seemed to launch Brad around the same time as Pearl Jam exploded into mainstream mega-success. Over the years, Brad has proven to be as prolific as them, also releasing albums without Gossard under the name- Satchel. This is adult contemporary grunge pop. Some of their former records (Interiors, Shame) are really great and worth revisiting without the grunge umbrella hanging above their image. They go out of their way to avoid connection to "the seattle sound" ranging from funk to soft piano ballads, particularly on this new album. But Gossard's legendary fame tends to overshadow the originality of this band, labeling them- Stone Gossard's side project in reviews and advertisements. Like I noted, some of their older records are truly awesome, but this one does not hit me as hard. I applaud their stride to move forward, but I also would rather they go back to the funky rock stuff they were doing in the 90's.
Posted by Muddy at 7:32 PM