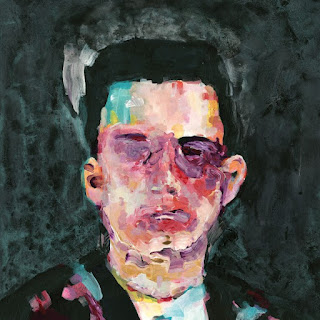 There have been many unsuccessful attempts at the David Bowie style, or the Brian Eno sound. You hear it in many bands, but it usually doesn’t sound like it’s coming from an authentic place. On the other hand, some musicians can tap into that realm naturally. Those who have, probably had awkward childhoods, big record collections, and kept to themselves and their mac book.

Matthew Dear has got it. Mixing electronica with Bowie melodies, Dear highlights that there are still great artists to watch out for in the modern music world. He’s not ripping off that Bowie/Eno thing as much as he’s continuing in the tradition of that style, that era, the original hipsters. Some of the album sounds more like David Byrne’s music, rhythmically. There are a lot of programmed drum patterns that remind me of the Byrne/Eno albums. The use of the lower octave harmonizer is added often, a much used effect in the realm of glam and new wave.

Matthew Dear uses a broad spectrum of sonic colors in his music. And since David Bowie isn't making records anymore, Eno is busy producing Coldplay albums, the artists that have figured out what makes this kind of music highbrow and unique will continue in their vision.
Posted by Muddy at 11:36 AM