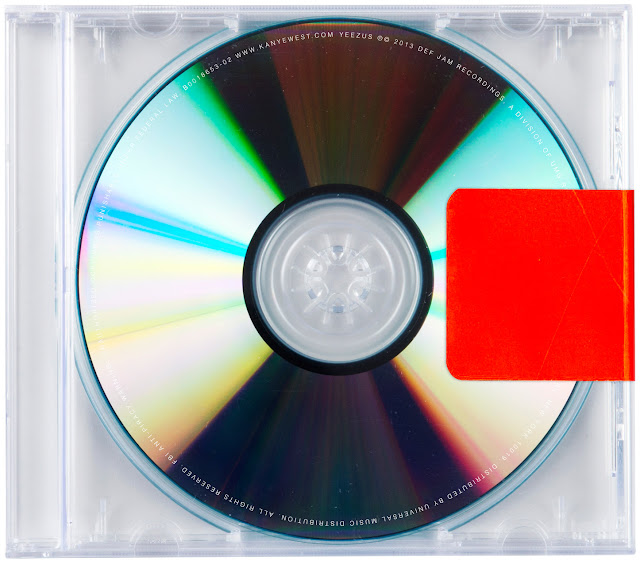 It is apparent thus far, Kanye West cannot make a bad record. A most impressive album to bounce back from, "Dark Fantasy" was legendary as was "Watch the Throne". Expectations for "Yeezus" were completely unrealistic coming after his Mount Everest. But with a standard of excellence as shown in all of his albums, West moves in a unique and unpredictable direction: Minimalism. (at least for him) The beats and mixes are more stripped down, a roller coaster of wild synths and obscure samples. His voice is angrier, the words are provocative. This may be his most minimal record to date musically, but most profound poetically. "Black Skinhead" is the rockstar Kanye always wanted to be. Bad ass self-righteous, kinda like the Bono of rap, with a Bono-esque leather studded jacket to boot. He invents characters and music that play more of a soundtrack role than a bunch of singles thrown together. Every Kanye West album has a distinct vision, an artist who's perpetually evolving. "I am a God" is old school Run DMC hip hop mixed with new wave synth electronica. Sonically hallucinogenic, "Yeezus" is another chapter in the audio-auto-biography of West's life. "New Slaves" could be his best rapping ever, very raw and stripped down to his voice over fuzzed out bass lines. In between tracks there are interludes, everything from Motown samples to horror movie sound effects. "Send it up" follows a demented, experimental atonal melody, something RZA would create but further out to the point of being avant-garde. I don't get the sense West was concerned with making hit singles on this album, as much as keeping true to an artistic vision. The best records are made that way. It's too soon to gauge, but I have a feeling this may fall into the lost albums category in the list of West's full catalogue. One of those albums too weird for mainstream, but just brilliant enough for a specific kind of fan. It's definitely West's darkest album. It's moody, unpredictable, innovative. Hard to see where this will fit into pop culture the way his previous records do. Not sure if the world wants to go this dark. I believe it's a sure-to-be critically acclaimed record. Anyone of Kanye West's stature that has the audacity to put this kind of ambition above accessibility always gains the respect of the serious listener. Then again, it does have Rick Rubin's final touch on it, West may hit a groundbreaking grand slam right on the date of its release with the public, those who have smeared his image. This is his avenge for those who disbelieve in his talents. "Yeezus" will make its mark in history, I just think it could be farther ahead of its time than Kanye West even knows it to be.
Posted by Muddy at 12:00 AM