Drugs, paranoia and a creepy Charles Manson connection: Why we’re still fascinated with the dark drama of the Beach Boys 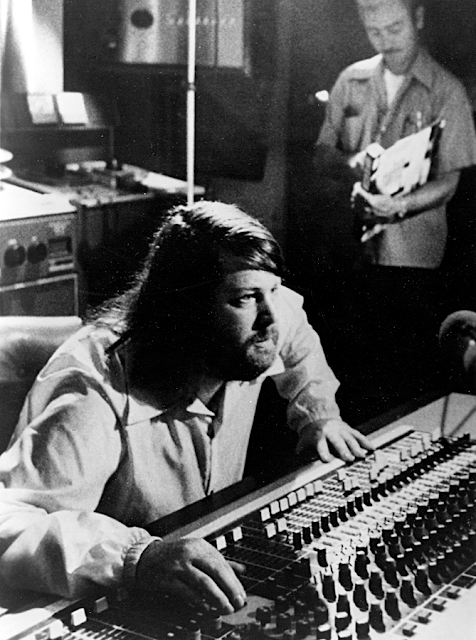 The new film “Love & Mercy” looks at the brilliant and troubled Brian Wilson around the time of the Beach Boys’s artistic breakthrough, “Pet Sounds,” as well as in his addled 1980s. Brian had been bullied by his father, heard voices and fell deep into LSD.

But the Beach Boys had more problems than just Brian’s psychology. Californians get tired of hearing their state described in dichotomous terms of sunshine and noir. But if there was ever a band with a stark contrast between clean-cut innocence and nasty stuff beneath the surface, it’s these guys. Compared to them, the Stones are art-school poseurs dabbling in Satanic imagery.

And if you look closely, you can see the weirdness from almost the very beginning. “Don’t Worry Baby” is one of their best pre-“Pet Sounds” songs, with complex vocal harmonies and an unforgettable melody. It’s also – especially if you watch the band perform the song – deeply creepy.


Check out the awkward body language, the folded arms, the fake grins. These clean, stripe-shirted surfer boys kind of look like they might go find someone to beat the hell out of after this performance — or even start whaling on each other.

The lyrics (which Brian co-wrote with Roger Christian) go like this:

Well its been building up inside of me

For oh I don’t know how long

I don’t know why

But I keep thinking

Well, yes — and it would. The song, of course, is about a girlfriend reassuring the singer that “everything will turn out alright.” But we also see an early glimpse of Brian’s paranoia.

Hollywood has a long history of selling fantasies, and from the beginning, the band was a fake – especially the image of a happy family who spent their time dancing with bikini girls and surfing by the Pacific. “They were pure white trash, West Coast hillbillies,” Nik Venet, the Capitol executive who signed the band, told writer Barney Hoskyns. “At that time, even Dennis didn’t surf – they got most of it from the movies.”

Of course, it was not just Brian, and it all gets weirder from here. Just a few years later, Dennis Wilson – the only real surfer in the band that often posed with surfboards – became close with Charles Manson. Wilson met some attractive young women who were out hitchhiking, and they led him to Manson. The friendship between the Maharishi-loving Beach Boy and the murderous cult leader – the two seemed to bond over their interest in “spiritual” matters – didn’t last long. But Manson recorded in one of the band’s studios, and some of Manson’s family lived with Dennis for a while.

Songwriter and Wilson collaborator Van Dyke Parks, who is a credible witness to the period, recalls the end this way:

“One day, Charles Manson brought a bullet out and showed it to Dennis, who asked, ‘What’s this?’ And Manson replied, ‘It’s a bullet. Every time you look at it, I want you to think how nice it is your kids are still safe.’ Well, Dennis grabbed Manson by the head and threw him to the ground and began pummeling him until Charlie said, ‘Ouch!’ He beat the living shit out of him. ‘How dare you!’ was Dennis’ reaction. Charlie Manson was weeping openly in front of a lot of hip people. I heard about it, but I wasn’t there. The point is, though, Dennis Wilson wasn’t afraid of anybody!” The group recorded Manson’s song “Cease to Exist” – one of these songs in which the murderer tries to convince a “pretty girl” to give up her ego and let him take her over — with a slight change as “Never Learn Not To Love,” in 1968.

Dennis Wilson refused to talk about Manson, but as Barney Hoskyns wrote in “Waiting For the Sun,” the definitive history of Los Angeles music, “the middle Wilson brother, more than any other LA musicians, was Manson’s ticket to the heart of the rock community.”

For several of the Beach Boys, alcoholism, debilitating drug use – which scarred this group more than even more decadent ‘60s bands – and almost constant quarreling, followed.

Then there were the lawsuits, which are so numerous and complicated they are difficult to chronicle here, except to point out the time when Mike Love – who controlled the band’s name – kicked Brian Wilson, the group’s musical leader, out of the band. And the stories of Brian’s mental illness and damaged soul are endless.

Beside the deranged genius Brian Jones, all of the original Stones are still alive, and despite herculean amounts of drugs and alcohol consumed over the years, they are still a lean and mean enough group to put on rave-worthy shows of the songs of their heyday. As for their clean-cut American cousins, two of the band members are dead, the leader has seemed unmoored for decades now.

It’s not a bad time for a movie to remind us just how messy and complicated their story was.
Posted by Muddy at 12:20 AM

Email ThisBlogThis!Share to TwitterShare to FacebookShare to Pinterest
Labels: Drugs, paranoia and a creepy Charles Manson connection: Why we’re still fascinated with the dark drama of the Beach Boys