Liam Gallagher reportedly forming supergroup with The Who's Roger Daltrey 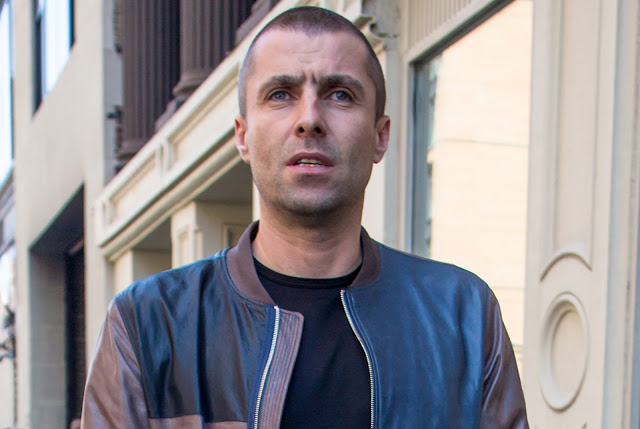 Liam Gallagher and The Who frontman Roger Daltrey are reportedly forming a supergroup for the upcoming TFI Friday comeback episode.

TFI Friday will return for a one-off live special at 9pm next Friday (June 12), hosted by Chris Evans. A TFI spokesman recently confirmed to The Sun that Gallagher and Daltrey will perform 'My Generation' as part of a supergroup featuring The Lightning Seeds' Ian Broudie and former Oasis drummer (and Ringo Starr's son) Zak Starkey.

"Liam's got a bit of time on his hands since Beady Eye called it a day last year so he fancied trying his hand at something new," a 'source' recently told The Sun. "He's told his mates he's pretty bored. Other than Noel, you would be hard pushed to find a better set of bandmates than Roger, Ian and Zak. It's a proper supergroup and the performance will be something to remember."

The yet-unnamed will be joined by fellow musical guests Blur, Stone Roses and Primal Scream bassist Mani, Rudimental and Years & Years. It's not yet known whether the Gallagher-Daltrey-Broudie-Starkey supergroup will play any further shows following the TFI Friday performance.

Meanwhile, Liam Gallagher has discussed his recent involvement in a charity football match in Italy. Gallagher appeared alongside a number of former Juventus players like Alessandro Del Piero and Pavel Nedved at the Juventus Stadium in Torino on Tuesday night (June 2). The match was organised by the Italian equivalent of Soccer Aid.

Speaking about the event, Gallagher has since said: "The invitation to take part came from an old friend of mine Andrea Dulio who used to work for Sony Italy whom I knew throughout the Oasis era."

Gallagher added: "I’ve played a few in my time with the mighty Oasis but never football. I must say I was a little nervous in front of 45,000 crazy Italians... I’m not sure what was said at half time as I was on the piss around that time as I was substituted 20 minutes into the game much to my delight as I was fucked," Gallagher told The Secret Footballer. "I do run most days but I haven’t had a proper kickabout since 1999."
Posted by Muddy at 12:00 AM

Email ThisBlogThis!Share to TwitterShare to FacebookShare to Pinterest
Labels: Liam Gallagher reportedly forming supergroup with The Who's Roger Daltrey