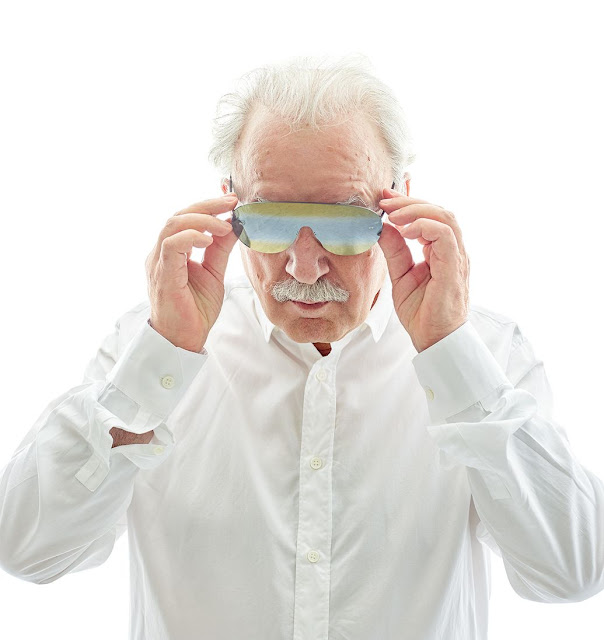 Giorgio Moroder is about to release 'Déjà Vu,' his first LP in 30 years.

A few years ago, Giorgio Moroder was sitting around his home in Italy, not doing particularly much. In his heyday in the Seventies and Eighties, Moroder was a pop superproducer, responsible for dance-floor euphoria and Top 40 kitsch like Donna Summer's "I Feel Love," Berlin's "Take My Breath Away," Blondie's "Call Me" and the Scarface soundtrack. But in the Nineties, with disco on the wane and alt-rock and hip-hop ascendant, Moroder laid his synths aside. He fiddled with other creative pursuits — portraiture, architecture, high-end car design — but, he says, music left a hole: "I was getting a little bored. You can play golf and do some little projects, but at the end, it's not fulfilling."

Then, out of nowhere, Moroder got a call from Daft Punk. Like many of EDM's biggest names, the duo worshipped him. They invited him to their Paris studio, recorded him talking about his life and set his recollections to a track named "Giorgio by Moroder" on Random Access Memories, their smash 2013 album. Just like that, Moroder's retirement ended. The album was an instant EDM landmark, and Moroder's phone didn't stop ringing. Promoters wanted him to DJ. DJs wanted him to collaborate. Labels wanted new music: "I got four different offers to do an album," he says.

Today, Moroder is standing on the black-and-white marble floor of his Los Angeles high-rise condo, his fluorescent striped socks poking out from fine leather loafers. He is 75, but not, he says, remotely infirm. "I went to the doctor and he did tests and everything is perfect — I'm going to live till I'm 100!" he says. He's about to release Déjà Vu, his first LP in 30 years. It features vocalists who were either prepubescent or nonexistent when Moroder established himself as the Seventies' pre-eminent disco priest, including Sia, Charli XCX and Britney Spears.

In the entryway to the condo lie several trophies: the Oscar for producing "Take My Breath Away," which anchored Top Gun; the Oscar for producing "What a Feeling," from Flashdance; framed platinum records for both. Across the room, a gleaming-white grand piano abuts his terrace, and a glass-topped table with legs lacquered in gold and black dominates the dining room. Moroder claims to have not once done cocaine — "never, ever, ever" — but you wouldn't know it from his decor, which looks like someone smuggled it off the Scarface set.

Moroder was born in the Italian ski-resort village of Ortisei in 1940, situated 40 miles from the Austrian border. He loved the Beatles, and he started making music in his teens — gravitating not only toward catchy melodies but also then-state-of-the-art equipment: "I had two Revox recorders, and I would play piano and record it — as a composer I don't think I was great, but I knew how to use the machines."

By the Eighties, Moroder, riding a string of global hits, bought a mansion in Beverly Hills that friend and frequent muse Summer nicknamed the Ice Castle — "It was all marble and glass," he explains. He forswore narcotics, saying that sex, instead, "was my drug. I had some good-looking girls." Married now, he was, back then, habitually single. "I worked every day in the studio," he says, "so my social life in the Eighties was very little."

When he stopped working, Moroder returned to the same part of Italy where he grew up and did other things. He gestures to an enormous canvas on his dining room wall, which depicts Elizabeth Taylor with snow-white skin and multicolored hair — he made the image using Photoshop, then hired an oil painter to reproduce it. "I made two of them," Moroder says. "I gave the other one to Taylor." He found other creative diversions, like investing in a sports car designed by his buddy Marcello Gandini, the man behind the Lamborghini Countach. More recently, Moroder helped an architect design a massive residential pyramid intended for construction in Dubai, though it was never built. "It was probably a little too ambitious," he says.

It's not surprising that Moroder gravitated toward crafting luxury items, because his greatest songs were luxury items too: precision-engineered, opulent, even pampering in their devotion to bodily pleasure. An extreme case of this came on one of Moroder's breakthrough hits, "Love to Love You," by Summer, on which he famously coaxed her to simulate an orgasm.

For Déjà Vu, Moroder had to update his way of working. In the past, he made tracks much the way he made his Elizabeth Taylor portrait: sketching them out with electronics, then hiring gifted musicians to flesh them out. Pop-craft was easier back then, he says: "It was, 'Donna, let's do an album.' 'OK, come to Munich and we'll do it.' "

Now, however, such streamlining is impossible. "Especially when you're working with 10 to 12 different singers. Logistically, it is a nightmare," he says. "Every singer has their own vocal producer and engineer." With Sia, "I gave her an instrumental, and she wrote what they now call the 'top line' — she wrote the verses and the lyrics, recorded it, did the harmonies and that was that." Other vocalists sent in a cappella tracks and Moroder came up with beats to match them. The finished LP straddles old and new. "On one hand, you want to get that disco kind of feel," he says. "On the other hand, we're in 2015."

A woman named Jen from Moroder's management company shows up, carrying a blond Sia wig. She wants Moroder to put it on so she can take a picture, "for social media." Moroder eyes the wig with a combination of intrigue and horror, then tugs it over his scalp, smiling bashfully from beneath blunt-edged bangs. "You look awesome," Jen tells him. Emboldened, Moroder strikes a pose at his piano as she snaps away on her phone. She mentions some other business, then heads for the door. "Send me that picture," he calls after her. "I want to see it!"
Posted by Muddy at 12:00 AM