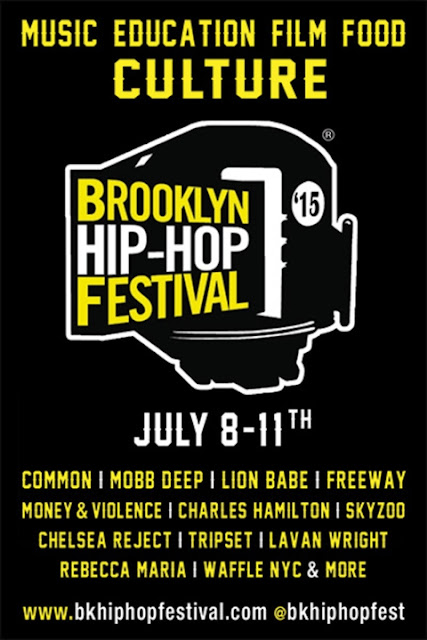 The 2015 Brooklyn Hip Hop Festival takes place this week, Wednesday (7/8) through Saturday (7/11), and new updates were recently announced. The annual Brooklyn Bodega-presented festival begins with a "conference on Hip-Hop, Technology and criminal justice reform" on Wednesday, followed by a screening of 1994's Fresh on Thursday. Friday has a tour of Brooklyn bars and restaurants, courtesy of Brooklyn Brewery, and the JUICE Hip-Hop Exhibition at Littlefield with a dance-off, various showcases, and galleries.

Lion Babe, who appear on the upcoming Disclosure album, are also playing Afropunk Fest and an Afropunk-presented Lincoln Center Out of Doors show. You can watch the video for their Pharrell-produced single "Wonder Woman" below.
Posted by Muddy at 12:00 AM