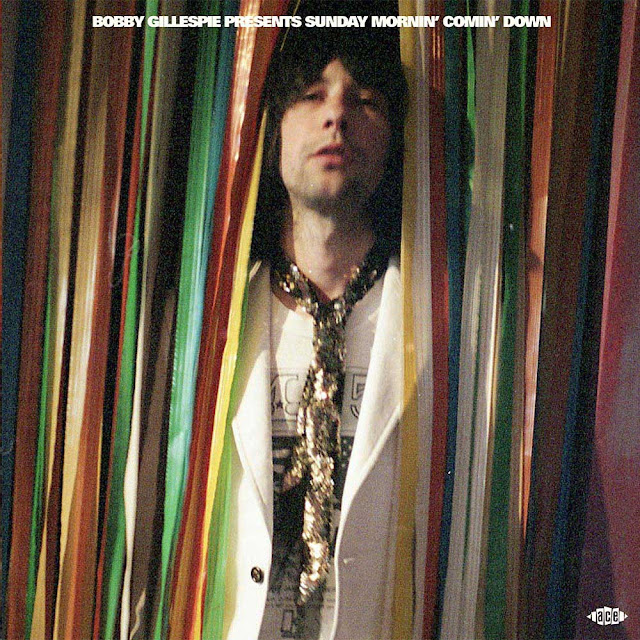 An exercise in mood and atmosphere compiled for us by the Primal Scream frontman. Available on CD and 180g clear vinyl 2LP gatefold set with bonus track.

Having been the drummer in the Jesus & Mary Chain as well as the singer in Primal Scream, Bobby Gillespie’s career in music has now spanned four decades, as well as two of the most pivotal bands of the independent/alternative scene. Famous for being both divisive and inclusive, not many bands can claim to have started riots by playing with their backs turned on the audience AND have brought everyone together in the biggest love-in since the 1960s with their E-driven “Screamadelica”.

Known for having an impeccable knowledge and contagious enthusiasm for music, a collector and fan through and through, Bobby has compiled an album for Ace based on mood and atmosphere, building something both incredibly personal and totally universal. He finds the sadness in the sunshine pop of the Beach Boys and isn’t afraid to have three of their tracks in a row, to enjoy that melancholy. He finds the 1970s punk attitude in one-time cleancut doo wopper Dion, the politics in Link Wray and the sex in Kris Kristofferson. It’s as much a reappraisal of these artists as a love letter to them, putting them in a new context and holding a different mirror to their faces.

His sleeve-notes take you on a mapped journey, from him as a young punk gig-goer in Glasgow, seeing Suicide supporting the Clash where they had an axe thrown at them, to meeting his heroes on an equal footing both on and off stage, through to gazing at the fragile people gone too soon. It’s a paean to loving music.

With a cover portrait by legendary fashion photographer Corinne Day and sleeve designed by Matthew Cooper (Franz Ferdinand/Primal Scream) and Bobby, he has made you the most beautiful of mix tapes.
Posted by Muddy at 12:30 AM