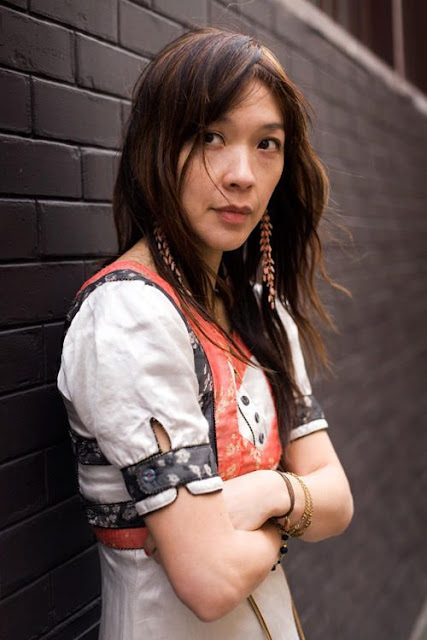 The songs on Adult Baby were influenced by her time on the Italian island of Elba, which the Pace brothers introduced her to before she returned there a few years ago by herself. “Elba means something personally to me; I want to show that,” KAZU told us as we discussed the video for her single, “Salty,” which was filmed on the island. “The video will be part of the full movie we shot for the album that featured an international crew from Italy, Austria and Canada. The costumes are by designer Isabel Marant in Paris and she didn’t make anything special for me, we just like the same things.”

Originally from Japan, KAZU has lived in New York since the early aughts and was thrilled to work with fellow ex-pat Ryuichi Sakamoto, whose film scores have earned an Oscar, a Grammy and two Golden Globes. Sakamoto advised her through the album’s recording and played on the track “Place of Birth.”

“He was my emotional support at the very beginning,” KAZU said. “I didn’t even need feedback. Just that he listened always kept me going, and though we’ve done small things in the past I can’t believe he did the whole album.”KAZU’s Blonde Redhead bandmates Simone and Amedeo Pace (center and right) with Bicycle Film Fest founder Brendt Barbur (left).

KAZU is currently on the road in the US before she heads to Europe next month.