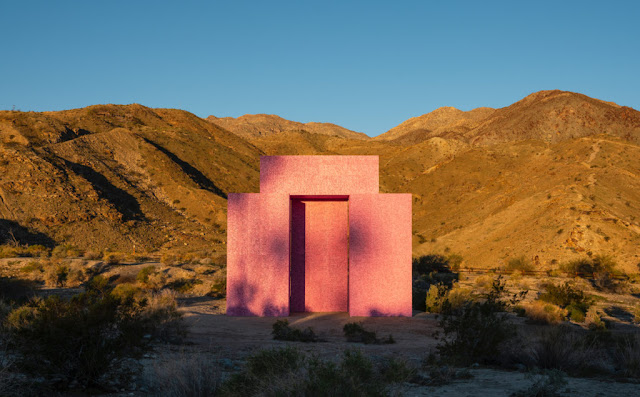 Jónsi and Carl Michael von Hausswolff composed the piece on board a marine life research vessel, the Dardanella.

For their latest collaboration as Dark Morph, Sigur Rós frontman Jónsi and artist Carl Michael von Hausswolff teamed up with the marine-based modern art foundation TBA21–Academy and Swedish art collective SUPERFLEX for a project based on underwater recordings of the ocean.

The recordings were gathered primarily in the Pacific ocean around the islands of Fiji and Tonga from the research vessel Dardanella and synthesized into the The So(ng)qe/Tovuto Kyrrahafið Sound Field sound installation at Church of San Lorenzo in Venice and ‘Dive-In’, which provided the soundtrack to the “drive-in cinema” installation of the same name that SUPERFLEX set up in the Coachella valley last year.

“I started to take the recordings and manipulate them, and mutate them into drones or into other types of musical functions—so we could actually use the sounds as instruments for building compositions”, explains Carl Michael von Hausswolff. “We also said, ‘Let’s try not to have them sounding too much like real sounds, let’s turn them into something else.’”

“When I had done some drones, some long tones out of a bird or something, I gave it to Jónsi and he started to peel off certain types of melodious things, and then play it to me. And then we started to just throw the ball back and forth.”

‘Dive-In’ is taken from Dark Morph’s second album, Dark Morph II, which is out now on Pomperipossa Records.