Listen to ‘Someone Else’s Problem’, an emotive new song from Margo Price 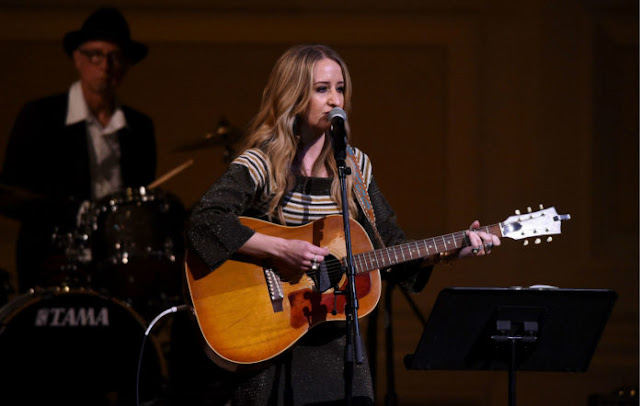 Margo Price has debuted an emotive new song from quarantine, ‘Someone Else’s Problem’

Performing alongside her husband and collaborator Jeremy Ivey, Price recorded a gig at home for the NPR Tiny Desk concert series.

Price announced that she was postponing the release of her third album ‘That’s How Rumors Get Started’ due to the ongoing coronavirus pandemic.

Price announced the news on social media, citing “circumstances [that] are beyond our control”.

The country singer-songwriter also offered a cover of John Lennon’s ‘Nobody Told Me’.

You can watch the home-concert below:


Price’s statement said the album’s new release date will “realistically” be sometime in the summer of this year.

“Even the record plants have halted production of vinyl. I want to be able to play this album live and tour with my band all over the world and I know that time will come.

“…Until then, take care of yourselves, be good to each other and this weary planet… and watch what you say and who you trust, because we all know…”
Posted by Muddy at 12:32 PM

Email ThisBlogThis!Share to TwitterShare to FacebookShare to Pinterest
Labels: an emotive new song from Margo Price, Listen to ‘Someone Else’s Problem’