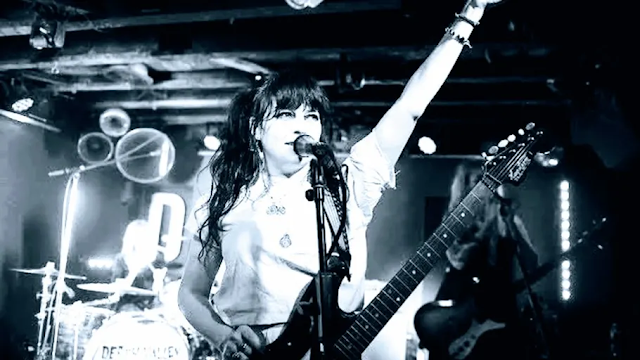 Bonnie Bloomgarden, who fronts the Los Angeles-based rock ‘n’ roll band, Death Valley Girls, doesn’t waste precious time. If she’s in a tour van driving from one city to the next, she won’t put something frivolous on the radio. Instead, it’s a potentially world-changing, mind-exploding podcast. Or it’s funk music from a region in Africa recorded in the 1970s that gives her a stronger connection, in some mystical way, to the community. Or, when in the studio with her stirring band, Bloomgarden is the type of bandleader who errs on the side of a burst of energy, not painstaking precision, in a given take. That’s why there is such a thick, full boldness to Death Valley Girls’ LP, Under the Spell of Joy. 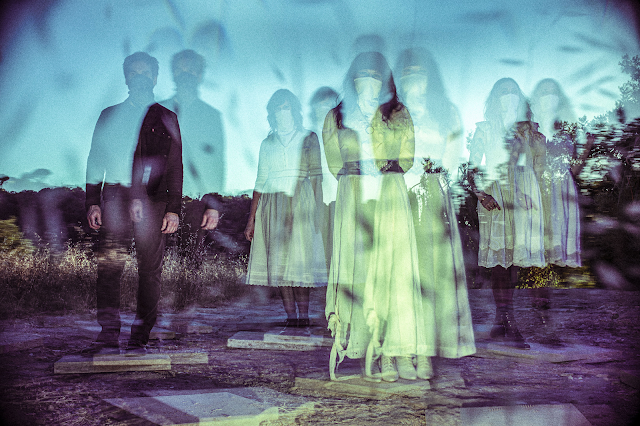 “I don’t like the moment to sound practiced,” Bloomgarden says. “I want it to sound like excited energy. To me, that’s the best sound in the world.”

There is much more in the world to enjoy, bask in and investigate than making sure one or two notes are in a tighter place on a second, third or fourth take of a song in the studio. That’s Bloomgarden’s opinion, anyway. And to say that her work benefits from this freeing mentality would be an understatement. Death Valley Girls, which formed in 2013 when former Hole drummer, Patricia Schemel, and her brother, Larry Schemel, joined Bloomgarden to jam every Friday night, has since morphed and included various members along the way. But, today, no matter who’s there to back Bloomgarden, the group’s sound is efficient and evocative. Even, spiritual. 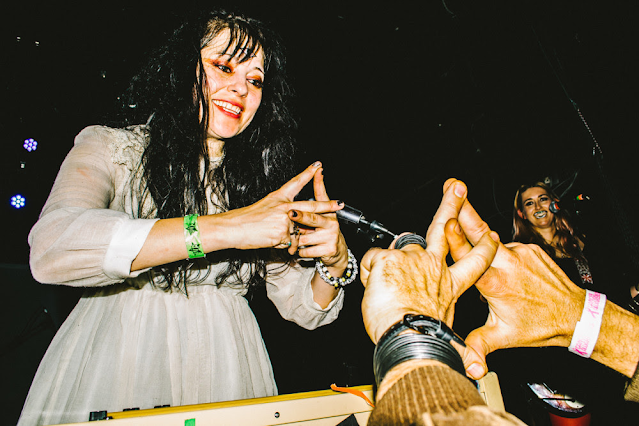 “I thought,” Bloomgarden says, “that these songs could be mantras and chants. I want people to sing to it, I want you to think they can be your songs. I thought we could make them a physical practice that people could do, like they would be for us if we’re on tour and singing them 30 nights in a row.” 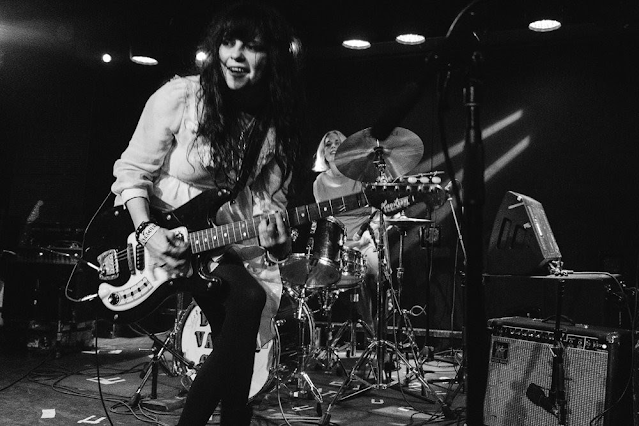 "These songs could be mantras and chants. I want people to sing to it, I want you to think they can be your songs"

The 11-track album incorporates many delectable sonic elements. In one moment a screeching saxophone might swell and burst. In another, a distant, howling organ might crawl through your eardrums. Drums crash, guitars bolt and Bloomgarden’s vocals appear in shadowy collections, disappear and reemerge throughout the pleasantly stupefying work.

For Bloomgarden, her art is as much musical as it is mental. There are few jobs in the world, she says, that are marked by self-improvement. Growth for the band is dependent, in many ways, on the personal growth of the members, both individually and as a unit. So, to create the new LP, Bloomgarden turned inward to work on herself while simultaneously ensuring her songs could be used as tools to help others feel better or, perhaps, more comfortable with themselves.
Death Valley Girls · Under the Spell of Joy
Posted by Muddy at 10:38 AM