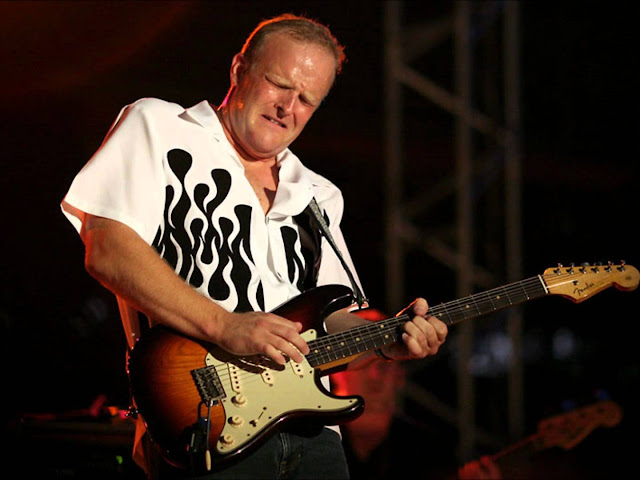 Having hit both coasts already this year performing to sold out crowds of adoring fans, Blues Rock and Americana Guitarist/Singer/Songwriter Albert Cummings is ready to head to Long Island and the Big Apple this August with stops at the YMCA Boulton Center in Bay Shore on Saturday, August 18th AND The Loft @ City Winery on Sunday, August 19th!

With his latest CD/DVD/Blu-Ray collection “Albert Cummings Live at the ’62 Center” making its mark on the live music world, Cummings recently told The Herald Palladium “It’s amazing what’s been happening with it,” continuing “It’s opened doors left and right with people starting to see who the band is and what it does. It started out as a video project, but we figured we might as well make it a live album as well. It just evolved into this whole thing.”

Outlets like Rock and Blues Muse have also noted “His muscular guitar work is simply outstanding.” and “He’s a great blues singer as well, with passion for the tunes inherent in his full throttle approach.” with The Cleveland Plain Dealer calling it “...a pulsating concert film”.


Now as he gets ready to take on Long Island and New York City, fans will have not one but TWO chances to catch his extraordinary talents LIVE!

For More on Albert Cummings, VISIT: