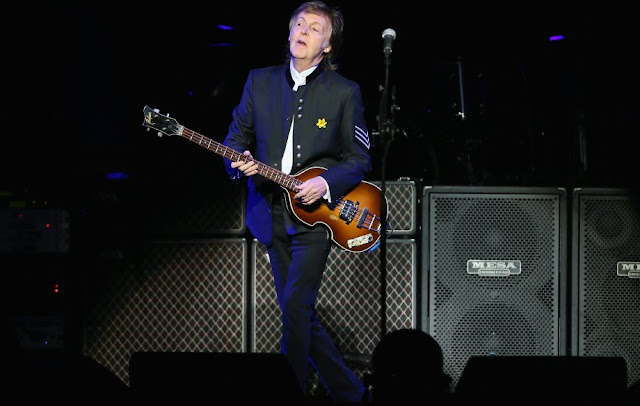 “We were immediately nailed to the sofa”

Sir Paul McCartney has revealed how a particularly vivid experience of taking drugs left him convinced that he had seen God.

Discussing spirituality in an interview with the Sunday Times, the Beatles icon claimed that there was “something higher”, and likened it to the time he took Dimethyltryptamine (DMT) with art dealer and gallery owner Robert Fraser.

“We were immediately nailed to the sofa,” he told the publication of taking drugs in his Beatles heyday. “And I saw God, this amazing towering thing, and I was humbled. And what I’m saying is, that moment didn’t turn my life around, but it was a clue.”

He continued: “It was huge. A massive wall that I couldn’t see the top of, and I was at the bottom.

“And anybody else would say it’s just the drug, the hallucination, but both Robert and I were like, ‘Did you see that?’ We felt we had seen a higher thing.”

The drug experienced a wave of popularity during in the 1960s as a more effective alternative to substances such as LSD and magic mushrooms.

After discussing the near-religious experience, McCartney detailed the “thrilling” moment of connecting with late wife Linda after her death.

As he came to terms with her 1998 death, he spent extensive time in the countryside, where he saw a white squirrel which he interpreted as being “Linda, come back to give me a sign”.

Last month, McCartney also described how he had “self-medicated” with Whiskey after the Beatles split up. The star is set to release his latest solo album ‘Egypt Station’ on September 7 and sings about his past drinking habits on the track ‘Happy With You’. The track features the lyrics: “I used to drink too much/Forget to come home.”

Speaking to MOJO, McCartney described the song as “candid”. “I did used to get stoned and wasted,” he said.

He said he felt like he had self-medicated in the past, “most particularly in the period right after The Beatles [split up].” “I was bummed out and in the middle of this horrendous shit where someone was going to take every penny we’d ever made,” he explained.