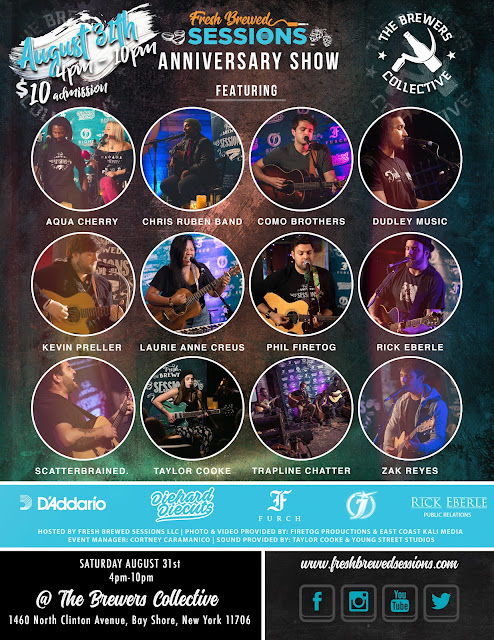 On Saturday August 31st from 4pm till 10pm, Fresh Brewed Sessions™(FBS), a unique storytelling concert series that has been curated in intimate venues - including Coffee Shops, Cafes and Breweries - on Long Island once a month for the past two years, will open season three with a special celebration starring some of their most exciting past performers including Aqua Cherry, Laurie Anne Creus, Scatterbrainded, Trapline Chatter, Chris Ruben Band, Zach Reyes, Taylor Cooke, The Como Brothers, Phil Firetog, Rick Eberle and others at The Brewers Collective, 1460 N Clinton Ave unit n, Bay Shore, NY 11706.

Each show typically features three talented artists, playing their original music in a live acoustic setting. Their team of professionals provide photo, video and audio services for all featured Artists at no cost. Similar to MTV’s Unplugged or Vh1 Storytellers, these artists are encouraged to tell stories about their music, writing experiences and memories.

The founders of Fresh Brewed Sessions (the dynamic duo of Phil Firetog and Kali Monaco) work tirelessly and meticulously in putting together and promoting each event to maximize exposure for the best in up and coming talent from the tri state area, with a focus on the local Long Island scene. As musicians and artists themselves, Phil and Kali are kindred spirits who recognize these sorts of shows are scarce and difficult to find in the sometimes barren landscape of the original music scene, and take pride in offering somewhat of a solution to the problem with FBS. 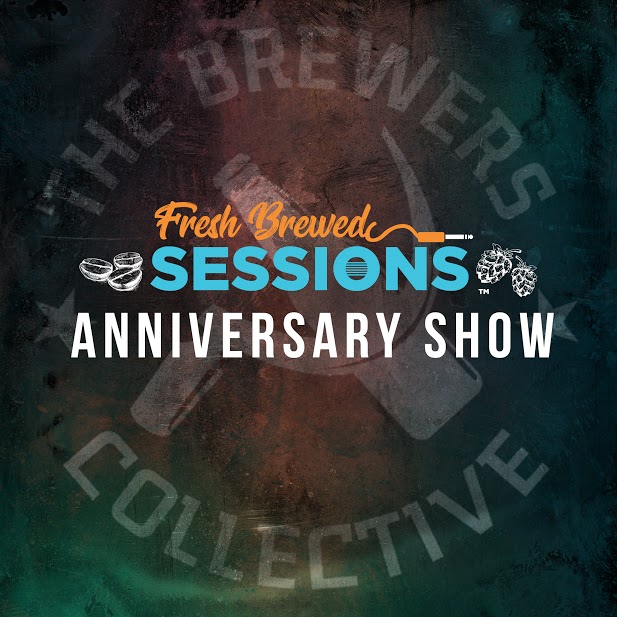 “We are humbled and honored to be able to reach a third year with the series, bringing local original music to the forefront alongside our phenomenal team, Taylor Cooke & Young Street Studios”, said Phil Firetog, Co-Founder of FBS. “It’s exciting to think that we are only just beginning to scratch the surface of what the series is capable of”.