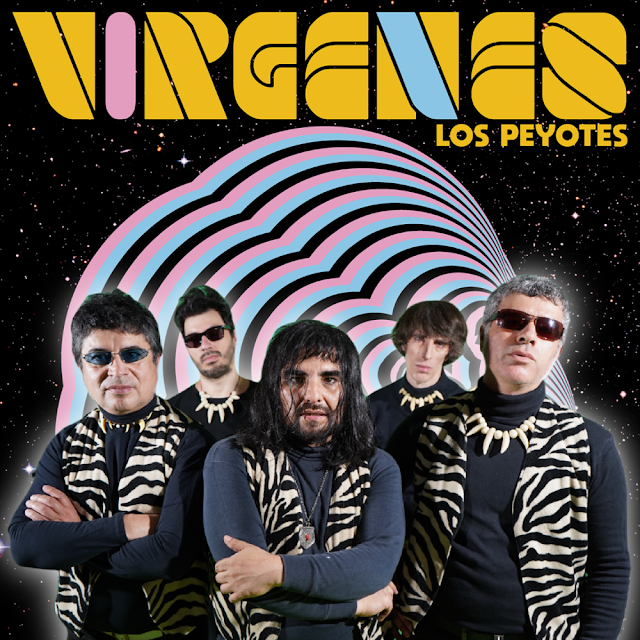 Ten releases in the space of seven years and then…puff, nothing. Los Peyotes seemingly vanished into the smoke that they knew full well did us wrong. But now they’re back, ripping up the rule book once again to shower us with evil-hearted spitfire garage rock on an album that takes in and mashes up straight from the grave garage rock with doses of savage psychedelia and hip-shaking yé-yé.

Prepare to be beaten, bastardised, and left twitching on the floor as they hit you with 13 brand-new tracks.

They say we’re all the same. Long-haired freaks. Drugs, sex, and everything filthy. Haters of authority. But Los Peyotes don’t give a damn. As they spit on the opening track, people are shit, but hey, at least their dog ain’t. Screw the haters and critics, everyone thinks they’re one. Take a look around. But who cares when Los Peyotes are biting back with all the force they have? Cranked guitars, a stabbing Farfisa, and those ever-present wild-eyed howls.

Theirs is, and has always been, a garage that draws lines straight back to their furious forefathers; Los Saicos, The Sonics, Los Shakers, The Seeds; and on their new album, Virgenes, they keep not only the flame but the whole goddamn sin-fuelled incinerating city burning.

They rise up in swirling insanity on tracks like No Puedo Aguantar Mas (I Can’t Take Anymore) before bringing everything crashing down on songs like the riotously spooky Dame Dinamita (Gimme Dynamite). And yeah, of course, everything is sung in Spanish, drawing a line firmly back to their musical ancestors who cranked up that British Invasion sounds like nobody else to pave the way for proto-punk.

All hail Los Peyotes! Prepare to get dosed once again.